McLaren has won the battle for Oscar Piastri’s future, with the FIA’s Contract Recognition Board (CRB) deciding it has a valid contract with him for 2023 and 2024.

The Alpine reserve driver was named as Fernando Alonso’s replacement at Alpine after the Hungarian Grand Prix, but refuted that announcement from the team and stated he would not be racing there in 2023. It prompted a battle between McLaren and Alpine for his services, with both teams claiming to have a valid contact with him for next season.

The CRB met on Monday to discuss the situation and on Friday announced its unanimous decision that McLaren is the only team with a valid contract, that was signed the day after the British Grand Prix at Silverstone.

“A Tribunal appointed by the Contract Recognition Board held a meeting on 29 August, 2022 when counsel for Alpine Racing Limited, McLaren Racing Limited and Mr Oscar Piastri were heard.

As soon as the announcement was made, McLaren confirmed Piastri will drive for the team in 2023, while Alpine considers the matter closed.

“BWT Alpine F1 Team thanks the Contract Recognition Board (CRB) for convening on Monday and we acknowledge the decision they have made,” an Alpine statement read. “We consider the matter closed on our side and will announce our full 2023 driver lineup in due course.

“Our immediate focus is the Dutch Grand Prix and securing points in our fight for fourth in the constructors’ championship.” 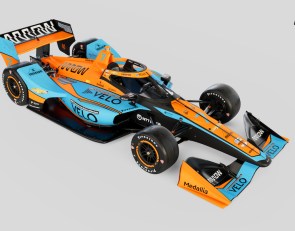