Season 8 of the ABB FIA Formula E World Championship comes to a close in this weekend with the Hana Bank Seoul E-Prix, where the champion driver and team will be crowned and the world’s first all-electric motorsport series will mark 100 races. Heading into Rounds 15 and 16 this Saturday and Sunday (2:30am, CBS Sports Network) four drivers are still in contention for the title.

The debut for Formula E in South Korea takes place on a unique 2.6km/1.6-mile, 22-turn track constructed around — and even looping through — the Jamsil Olympic Stadium. It will mark the first world championship sporting event held at the venue since the 1988 Olympic Games.

Aerial view of the Seoul circuit in and around the Jamsil Sports Stadium. Sam Bagnall / Motorsport Images

The lap starts with a tight, technical run before entering the Jamsil Olympic stadium where the 22 racers will put on a show for fans in the stadium seats.

As they leave the stadium, a batch of sweeping turns leading to long straights connected by 90-degree turns follows as the circuit wraps around the Olympic park and the drivers jostle for position around this fast 2.6km, 22-turn circuit.

Seoul also brings more high temperatures for the teams to manage. EV battery systems and powertrains are at their most efficient inside a specific temperature window.

Managing raw, outright pace with efficiency and high ambient temperatures will be a weekend-long battle for drivers and engineers. There will be plenty of thinking and simulator data put into play to ensure Attack Mode and Fanboost power surges as well as race strategy are on-point.

In addition, the new track surface will evolve rapidly — what might be true on Saturday morning might be completely different by the afternoon, and certainly by Sunday. Add to that the complications from expected downpours and high humidity and whoever triumphs in Seoul will have more than earned their silverware.

Stoffel Vandoorne leads the way for Mercedes-EQ in a bid to make it back-to-back titles for the team following its drivers’ (with Nyck de Vries) and teams’ championship crowns last year. The Belgian extended his lead to 36 points over nearest rival Mitch Evans (Jaguar TCS Racing) during the SABIC London E-Prix doubleheader two weeks ago, where his closest competitors faltered.

While Vandoorne has achieved only one win this season compared to three each for Evans and Edoardo Mortara (ROKiT Venturi Racing) in third place, Vandoorne has the most podium finishes and has scored on 13 occasions this season.

Evans had worked his way into closest contention of top spot but an inverter problem at the end of Sunday’s race in London knocked him out. Opportunity remains for Evans, though: He has dominated entire race weekends before, most notably in Rome this season, but the stakes are much higher this time around and Vandoorne only has to outdo the Jaguar driver in Round 15 for the battle to be over.

In third and fourth respectively, Mortara and DS Techeetah’s Jean-Eric Vergne have it all to do. Mortara topped the standings at the halfway stage of the season after a run of two wins and two more podiums in Berlin and Jakarta. Since then, the Swiss has only managed two low-scoring points finishes in New York City and a pair of non-scores in London, but he remains just five points back from Evans.

Similarly, Vergne has hit his worst-ever run in Formula E, with four consecutive blanks for the very first time in the championship. While it’s an uncharacteristic downturn for the Frenchman, JEV is the only driver in the top four to have won the Formula E title — twice — and experience could still earn him a place on the podium.

In the teams’ race, Mercedes-EQ stretched its lead in London to a 36-point margin on ROKiT Venturi Racing in second, with DS Techeetah another 11 points behind.

Sunday’s season finale will be Formula E’s 100th E-Prix and also mark the end of the Gen2 era, the second version of Formula E race car. Next season will feature the series’ all-new Gen3 spec — the fastest, lightest, most powerful and efficient electric race car ever built. 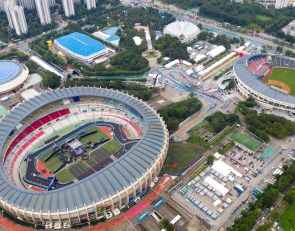