Vehicular heroes from around the world will descend on the rolling Berkshire Hills as Lime Rock Park hosts the inaugural GRIDLFE Circuit Legends August 19-21. (Hype Video)

Motorsports culture from the 1980s through the 2000s will be honored at Lime Rock Park as the festival-style event celebrates The Golden Age of Touring Cars, an era when technology moved quickly and the cars looked cool.

As the new generation of racers, collectors and enthusiasts are on the rise, so are the legendary cars of this era.

“GRIDLIFE wants to celebrate the next generation of collectors and enthusiasts with an event built for our era,” said GRIDLIFE Marketing Director Shawn Fenton. “JDM, DTM, BTCC, JTCC, D1 – these are the series that inspired an entire generation of enthusiasts, and we’ve finally created an event where they all come alive in one place. GRIDLIFE is going to treat these legendary vehicles like rock stars.”

The GRIDLIFE Circuit Legends schedule is packed with events on Friday (Aug. 19) and Saturday (Aug. 20) ranging from Time Attack shootouts to GRIDLIFE Touring Cup and TrackBattles, to drifting and midway activities like an arcade and concours. (Event Schedule)

To close out the final day for the inaugural event, FCP Euro will host its popular Sunday Motoring Meet, part of Sundays at The Park. The car show and gathering is free for fans and entrants. For more information and to pregresiter for the car show held on Sunday (Aug. 21), visit:
Sundays at the Park – Lime Rock Park

More about the event:

Legends Concours:
The Legends Concours is a celebration of the vehicles that inspired a generation. An invite-only collection focused on impeccable examples of JDM, EDM and USDM racing and tuning cars from the late 1980s through the early 2000s.

Legends Drift:
GRIDLIFE has a specially curated group of the best drift cars from around the region to shred around the hills of Lime Roc

GRIDLIFE Arcade:
The GRIDLIFE Arcade is coming to Circuit Legends! They’ll have a lineup of classic 80s and 90s arcade games and pinball machines, their sims for you to race on all weekend long and a bar to keep you cool while you play. The arcade games, including the sim, are free to play with an event ticket.

Camping:
GRIDLIFE Circuit Legends will be a full weekend experience. Camping throughout the facility with an opening BBQ, closing brunch, campfire hangs and great vibes all weekend long. 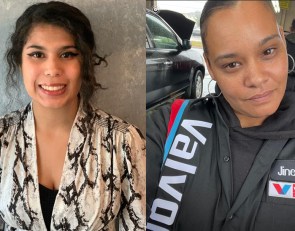