After hitting a speed bump in audience on cable the previous week, the NTT IndyCar Series returned to network TV last weekend and surged back to record pace.

NBC’s telecast of the IndyCar round from Road America averaged a 0.69 Nielsen rating and 1.087 million household viewers, per numbers from ShowBuzzDaily.com. NBC Sports reports that viewers who streamed the race on Peacock pushed the Total Audience Delivery to 1.110m viewers, matching the all-time record for the event from 2019. TAD is based on data from Nielsen and Adobe Analytics.

To date, the IndyCar season is averaging a TAD of 1.721m viewers across NBC Sports platforms (NBC, Peacock, USA Network), making it the most-watched start to a season through the first eight races since 2017 (1.760 million; ABC/NBCSN). The beginning of the 2022 season is also up five percent vs. last year’s comparable coverage (1.634m; NBC/NBCSN).

Bolstered by streaming on Peacock, the IndyCar season is averaging an Average Minute Audience (AMA) of 60,900 viewers, per NBC. Last month’s Indianapolis 500 was the most-streamed IndyCar race ever with an AMA of 218,800 viewers. The AMA also includes streaming on NBCSports.com and the NBC Sports app via authentication.

NASCAR was on cable network FS1 last weekend at Sonoma, with Sunday’s Cup Series race averaging a 1.30 rating and 2.235m household viewers. That was down from a 1.49/2.494m for last year’s Sonoma race, which also aired on FS1. The previous week’s inaugural Cup race at World Wide Technology Raceway on FS1 averaged 1.47/2.502m.

Formula 1 also had a year-on-year drop for the Azerbaijan Grand Prix, which like NASCAR’s Sonoma event was held one week earlier in 2021. ESPN’s telecast averaged 0.48/832,000, compared to 0.61/956K last year on the same network, when it started one hour later. Even so this year’s Baku numbers keep the season average above last year’s: Through eight races, F1 is averaging 1.3 million viewers on ABC and ESPN networks, up 39 percent over the first eight races of 2021 (946K). F1 is back on free-to-air TV this weekend, with ABC set to air the Canadian GP live starting at 12:30 p.m. ET.

F1 also continues to lead the way among the big three in percentage of its audience in the 18-49 age group among the TV-only numbers, with 380,000 viewers compared to NASCAR with 467K and IndyCar with 208K. Interestingly, ESPN reports the top market for the Baku race was Nashville with a 0.9 rating, followed by New York, Austin and Memphis (0.6). 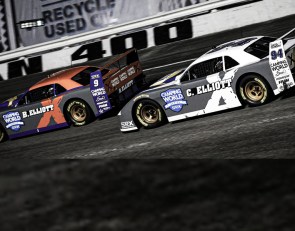 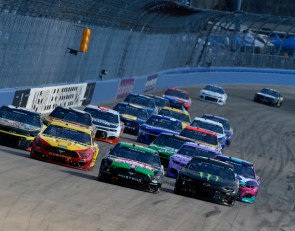