Hamilton and Brady team up at Miami golf event

Hamilton and Brady team up at Miami golf event

Lewis Hamilton and Tom Brady teamed up at a golfing challenge in Miami as Formula 1 drivers were kept busy on their arrival in Florida.

The seven-time world champion and seven-time Super Bowl winner were paired together at an event for Mercedes sponsor IWC Schaffhausen, raising money for the Laureus Sport for Good Foundation. They took on former Oakland Raiders legend Marcus Allen and Dibia Dream founder and CEO Brandon Okpalobi, the latter being one of the Miami-based nonprofits to benefit from the event.

Some guy with 7 world titles, and Tom Brady @LewisHamilton pic.twitter.com/T90mDEQ4sQ

Brady and Hamilton took on a long drive and closest to the pin challenges respectively, with Brady winning the first and Okpalobi tying it up by beating Hamilton’s chip at the Miami Beach Golf Club.

“There’s a part of you that’s excited and then there’s the nervous part,” Hamilton said of this weekend’s race. “It’s a new circuit, there’s not a lot of time to practice, but it’s exciting when you get out and find a new course. You get out and you’re discovering all the different features of the circuit and the surroundings.

“This has been a dream for our sport to be in Miami. I’ve been here to see other sports, but our sport will hopefully earn its right to be here this week and put on a great show for everyone.”

A number of drivers have been kept busy with events around the inaugural Miami Grand Prix, including some high-profile appearances at other sporting venues.

While Hamilton golfed, Max Verstappen and Sergio Perez were throwing out the first pitch at the Miami Marlins vs Arizona Diamondbacks Major League Baseball game, following Charles Leclerc who had carried out the same duties in for Tuesday night’s event. George Russell was also getting involved in the local sports scene, attending Game 1 of the Miami Heat vs Philadelphia 76ers NBA play-off series on Monday. 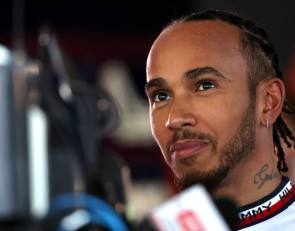 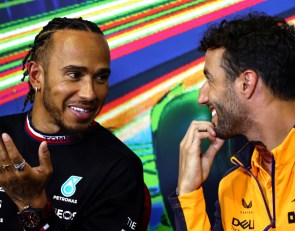 Ricciardo ‘assessing everything’ but Hamilton rules out replacement