With Charlotte, N.C. serving as the home to so many teams at all levels of NASCAR, it was natural for an eNASCAR Coca-Cola iRacing Series team to set its roots in the Carolinas.

The Charlotte Phoenix didn’t initially set out to be the premier eNASCAR team in NASCAR’s backyard. The organization was founded in 2019 and initially fielded teams in more traditional eSports platforms such as first-person shooters. When Jeff Zajac joined the Charlotte Phoenix as its strategy officer in 2021, he knew what venue the team needed to expand into — iRacing and eNASCAR.

“We’re in NASCAR country,” Zajac told RACER. “For us, it makes sense to be able to participate.”

Zajac had become a fan of iRacing and the eNASCAR Coca-Cola iRacing Series from his previous experience with another eSports team — Renegades. Renegades’ eNASCAR team no longer exists but when Zajac arrived at the Charlotte Phoenix he wanted to continue his involvement in the series.

“Obviously, there are top drivers that compete in the Coca-Cola Series and I just liked the process from being in it a few years back. I wanted to be in it again and there was an opportunity. It just made the most sense for us and for our organization,” Zajac said.

“iRacing continues to evolve and the competition within the Coca-Cola series remains competitive. We look at these opportunities to work alongside other teams to help transcend the sport,” Zajac added.

The team joined the series in 2022 and selected Kollin Keister and Graham Bowlin as their drivers. With the core of the team in place, they began to build it up by adding iRacing content creator David Schildhouse, former K&N Pro Series West driver James Bickford, and current JD Motorsports driver Ryan Vargas to their stable.

In addition to the content creators and the eNASCAR team, the Charlotte Phoenix created what it calls the Carolina eSports Hub — a roughly 10,000-square-foot facility dedicated to hosting live eSports events. The venue features a main stage with rows of seats, projector screens, computers for gaming and, most importantly, sim racing rigs.

“Our goal with [the facility] is to provide an opportunity for esports and gaming enthusiasts in the Carolinas and beyond to experience these events. Bringing together sim racers who normally compete in different corners of the country under one roof to compete is the next step for sim racing,” Zajac explained.

“Live events are just the evolution of the sport. [When} you compare it amongst other eSports titles, most of them all end up culminating at some sort of live event whether that be in North America or internationally,” he said.

The Charlotte Phoenix will be taking its first step towards that next evolution on May 10 when they host Keister, Bowlin, and JR Motorsports’ eNASCAR drivers Michael Conti and Briar LaPradd at the eSports hub. The four drivers will be competing against each other and the 36 other drivers in the Coca-Cola Series in front of a live audience.

NASCAR has been supportive of the Charlotte Phoenix and its goals to bring gaming and sim racing to people.

“From our early conversations with NASCAR, they’ve been supportive and focused on the development of eSports. We see that as an opportunity and there is a lot of potential for growth on both sides. This is the beginning of a partnership.

“We’ve been listening to the feedback from the community and they’ve been saying that they are hoping more live events can happen. For us, having the headquarters here and being in [NASCAR’s backyard] — it just seems like a more natural fit and we’re hoping that we can expand that footprint.” 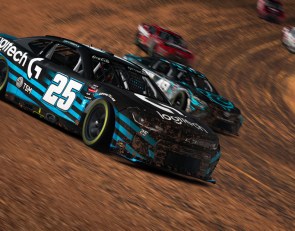