Whether you know him as Brad or “Bread” Perez, he is here to talk about living the NASCAR dream. Perez takes us inside his role as a tire specialist in the Camping World Truck Series and making his driving debut earlier this year, discussing:

• The way he started to network into the sport

• Not being mechanically inclined

• Getting a taste for racing with a Spec Miata

• Introducing family and friends to NASCAR through his passion for it

• Moving to North Carolina and how Ryan Vargas played a role

• Working many other non-racing jobs to earn money for racing 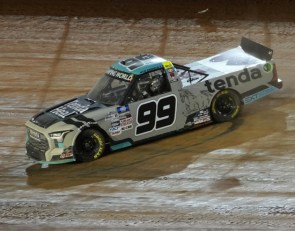