Paretta Autosport is expected to announce plans next week that will bring a shift from competing in May’s Indianapolis 500 to entering a handful of road course events later in the season.

RACER has learned the team owned by Beth Paretta will partner with an existing NTT IndyCar Series team to run Swiss veteran Simona De Silvestro in at least three rounds. The alliance between Paretta’s group of women racers and the team is said to be the first step in her wider strategy to move Paretta Autosport towards an expanded part-time campaign in 2023 and beyond.

Confirmation of a new associate sponsor is also believed to be part of the announcement, which is likely to be held prior to the start of the Indianapolis 500 Open Test set for Wednesday-Thursday at IMS.

Making its debut in last year’s Indianapolis 500, the team led by Paretta, the former automotive executive and championship-winning factory racing team principal, garnered immense coverage and respect throughout the event as De Silvestro returned to the Speedway for her sixth start.

Affiliated with Team Penske, De Silvestro’s No. 16 Chevy — along with the other four Penske entries — spent the event searching for front-running speed. Although those efforts were ultimately unsuccessful, the strides made by the Paretta team throughout the month drew national attention as upwards of 20 women, ranging from mechanics to spotters to managers, filled the majority of Paretta Autosport’s roles.

It’s also believed most of Paretta’s 2021 Indy 500 crew will return to the program for the road/street course rounds in support of De Silvestro. 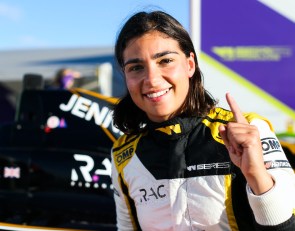