INSIGHT: How Trackhouse has become one of NASCAR's early-season surprises

INSIGHT: How Trackhouse has become one of NASCAR's early-season surprises

Justin Marks was bullish about NASCAR’s future long before starting his own Cup Series team. Marks could see the writing on the wall with NASCAR beginning to understand there was a need for cost-cutting measures and a new race car, which ultimately led to the decision for him to jump into team ownership being an easy one.

Trackhouse Racing had flashes of brilliance in its debut season with Daniel Suarez. Of its four top-10 finishes in 2021, one was an impressive and somewhat surprising performance at the Bristol dirt race, where Suarez led 58 laps and finished fourth.

Three races into a new season, there is no denying Trackhouse has been one of the teams shining the brightest. Both its drivers, Suarez and Ross Chastain, who was hired to drive this year’s newly-added second car, have had chances to win: Suarez was briefly out front with three laps to go at Fontana and Chastain, having a career day by leading 83 laps at Las Vegas, gave Trackhouse its most laps led in a single race.

“It’s just proof of concept for everybody,” Marks tells RACER. “It’s proof that if we work hard and bring well-prepared race cars to the racetrack, we’ve got the talent and the teams to get great finishes.”

From the first moment of knowing Next Gen was going to be the car teams went to battle with, the mantra at Trackhouse has been about having an open mind and ditching preconceived notions. Marks believes that having a new car that is so different from the previous one, has played a part in the team’s early-season success and speed.

And yet, Marks also admitted the last two weeks were a little tough on the company. While it’s easy to see the positives, don’t forget that while Suarez was shining in Fontana, Chastain, who had wrecked his primary car in practice, spun in the race and struggled to a 29th-place finish. In Vegas, as Chastain racked up the most laps led, Suarez had an early exit when he was tagged in the right rear by Chase Briscoe and sent crashing off Turn 4.

“It’s been a management of mood and managing motivations, and it’s been a lot of hard work on the guys,” Marks says.

Chastain needed a day like Vegas to get some of his confidence back. In the first two races, he finished 29th or worse, including the hard crash in practice at Fontana.

Part of what makes Marks a great leader is recognizing Chastain needed a pick-me-up. Before the Vegas race, he sat down with Chastain at lunch and explained there was no need to try so hard.

“For Ross, you have to understand this is a guy who’s been knocked down a bunch. Almost (through) his entire career, he’s been racing for his job next week,” says Marks. “So he’s felt like he’s under this tremendous amount of pressure to deliver something magical right now in this moment. My message to him was, you don’t have to do that anymore. You’re the guy. This is your race team and you’re on a multi-year deal, and you’re here because you can win, so let’s figure out a long-term strategy about our mental approach.

“And I also said, if you don’t win a race for us in the next six months, your job is not in jeopardy because these races are hard to win. What we have to do is improve each week and eliminate repeated mistakes. Even if that means slowing down three percent for the next month. And I think he took a deep breath in the race last weekend and slowed down a little bit, and tried to focus on not getting everything right now in this moment and making calculated moves. The result was he led more laps than he’s ever led in his career, and won the first stage for the company and had a real shot a winning the race.”

Marks believes that one of the keys to Trackhouse’s success will be maintaining a team culture that allows Suarez and Chastain to get the best out of themselves. Nigel Kinrade/Motorsport Images

As for Suarez, Marks continues to say the best version of Suarez is showing itself at Trackhouse.

“He’s happy,” said Marks. “He’s in a good mood and he sees the opportunity, and he’s just trying to do everything in his power to take advantage of it.”

The company, meanwhile, is taking advantage of the opportunity Marks created by buying out Chip Ganassi Racing. Two charters led to expanding to two teams. The organization went from having its cars prepared on the Richard Childress Racing campus last season to being self-sufficient in Concord, North Carolina, in a race shop by itself.

“That’s a pretty heavy lift, but it’s very manageable when everybody is lifting in the same direction,” says Marks. “There has been a lot to learn. Obviously, now I’ve got a seat at the table among the team owners’ group and with Chevrolet as a key partner alongside Hendrick and RCR, there is a lot more work and a lot more to pay attention to. But I think when you’ve got everybody pulling in the same direction and motivated by the same thing – we’ve got 128 people there, and they are real professionals at their job. So when everybody digs in and does their job well for the same goal, then you get to do what we’re doing right now, and that’s bringing fast race cars and good moods to the racetrack.”

Despite the fast start, expectations haven’t changed at Trackhouse. The company expects to prepare well, execute well and with that, know results will present themselves. That mindset comes from Marks understanding the need to managing the mentality shift from “we can win” to “we will win.” It’s dangerous, he says, getting comfortable running at the front, because there will be times when the team struggles.

The hope is the foundation and culture Trackhouse builds ensure those weekends don’t have a negative impact. Instead of being results-oriented, Trackhouse is more about winning the day and the moment.

“We talk about this in our competition meeting – we know the Fords are struggling a little bit right now, and there are a lot of unknowns around this car, and we know there are threats coming,” says Marks. “So we can’t lose focus. We can’t all of a sudden think, ‘Well, we’ve arrived. We should be winning these races.’ This sport will humble you quickly.

“But I think if anything, we’ve proven to ourselves that we can win if we continue to do the hard work. We have to still be a work-oriented and execution-oriented enterprise.”

A great advantage for Trackhouse is there is no legacy of winning and from a mindset standpoint, the organization is not expected to win. But given how strongly Trackhouse has come on lately, there is a balance for Marks between still being looked at as the little guys versus just another organization.

“There is a balance between expecting to win, feeling entitled and like you deserve it, and making sure people in the company understand that if we go to the racetrack and have a shot to win the race, it’s not a fluke either,” Marks says. “It’s because we’ve got talented people, really good equipment, good engines, good Chevy partner. All of that stuff. So we have to walk that balance between knowing you can win but not just expecting to win and feeling like it’s owed to you.

“The underdog mentality is the fact that we’re racing against teams that have 350 to 400 people with a winning legacy. But we also don’t feel like we can’t beat them if we do our jobs.” 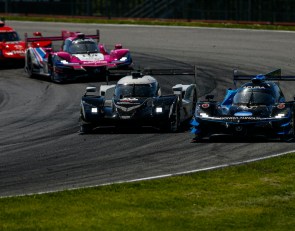 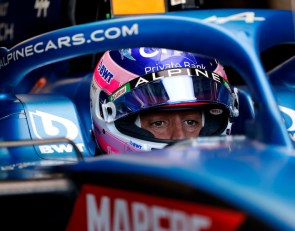