Rowe bounces back to take USF2000 win on the St. Pete streets

Rowe bounces back to take USF2000 win on the St. Pete streets

What a difference a day makes. Myles Rowe was one of the stars of Friday’s opening round of the 2022 Cooper Tires USF2000 Championship, rising from fifth in the early stages to challenging for the lead on the final lap before ultimately crashing dramatically out of the race following contact with erstwhile leader Thomas Nepveu.

Today, after the first 12 laps of the 20-lap Foundation Building Materials Grand Prix of St. Petersburg were blighted by a series of incidents, Rowe overtook Pabst Racing teammate Jace Denmark, the Friday winner, and went on to score a sensational victory in his rebuilt car. Rowe even posted the fastest race lap on the final lap for good measure.

Last year at New Jersey Motorsports Park, Rowe had become the first African-American driver to win a race on the Road to Indy Presented by Cooper Tires driver development ladder. Today the beneficiary of IndyCar’s Race for Equality and Change initiative confirmed that was no fluke.

“It’s great to get this win for everyone around me; my support system is huge. To come past the finish line and see everyone cheering, see their smiles, it was a win for everyone,” said Rowe. “Pabst Racing gave me such a great car, the quickest car on track – to go from almost being totaled to taking the win, they did a phenomenal job. Jace and I are good friends and as a friend, I didn’t want to pass him, but it’s every man for himself on track, but with respect. It’s all about respect on track.

“It has been a crazy 48 hours but it helps to have all the support around me. Sometimes you doubt yourself when something like the crash happens, so it was good to have that support. I reset, cleared my mind and threw away all the negative thoughts. All I had to do today was perform in the car, and I did.”

Second place for Denmark was enough to conclude the opening weekend of the season with a commanding points lead, 52-40, over his nearest challenger in the quest for a scholarship valued at almost $407,000 to graduate onto the next step of the world-renowned driver development ladder, the Indy Pro 2000 Championship Presented by Cooper Tires, in 2023.

Third-generation racer Jagger Jones completed the podium for Cape Motorsports and, as on Friday, was the top rookie finisher.

Hot, sunny conditions once again greeted the field for this morning’s race, with Denmark having secured his first Cooper Tires Pole Award by virtue of the second fastest lap posted by each of the 19 drivers during the lone qualifying session on Friday morning. He was joined on the front row by Bijoy Garg who also secured his best-ever starting position, with DEForce Racing teammate Nepveu on the inside of the second row.

Unfortunately, a succession of incidents led to only one of the first 12 laps being run under full green flag conditions. Even by then, though, Rowe had vaulted from sixth on the grid to third on the initial start, then overtook Nepveu for second place on the next restart. And when the race was restarted again with 12 laps already in the books, Rowe repeated the maneuver on his teammate to take the lead.

He eventually took the checkered flag just over one second clear of Denmark to ensure yet another PFC Award for Augie Pabst as the winning car owner – his third weekend sweep on the Streets of St. Petersburg after also achieving the feat in 2015 and 2016.

Jones, whose grandfather Parnelli won the 1963 Indianapolis 500, overtook Nepveu, who had glanced a wall early in the race bending a toe-link on his DEForce Racing Tatuus USF-22, to complete the podium, narrowly ahead of Cape Motorsports teammate Michael d’Orlando.

Rookie Nicky Hays (Cape Motorsports) earned the Tilton Hard Charger Award after starting in 16th and working his way through to eighth at the checkered flag.

The Cooper Tires USF2000 Championship will now take a short hiatus before returning to action at scenic Barber Motorsports Park in Leeds, Ala., with another double-header event held in conjunction with the NTT IndyCar Series on the weekend of April 30/May 1. 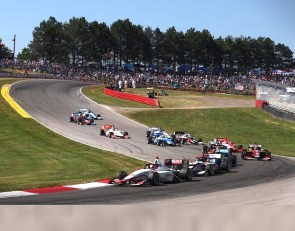 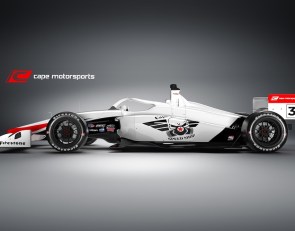