Max Verstappen was left angry at being penalized by the stewards when Lewis Hamilton tried to overtake him in the Saudi Arabian Grand Prix, but called a later clash between the two a “miscommunication.”

Hamilton was attempting to overtake Verstappen down the outside into Turn 1 and Verstappen braked late, with both drivers running wide in a similar situation to the incident in Interlagos three weeks ago. However, Verstappen was told to give the place to Hamilton and slowed on the run to the final corner, but with Hamilton keen not to allow his title rival a run on the pit straight he sat behind him at low speed before they collided.

“At one point, they told me I had to give the position back so that was I think just before (Turn) 22,” Verstappen said. “So then after 22/23 I went to drive to the right side and I slowed down, I was braking, downshifting, and he just stayed super close behind me and I don’t really understand why.

“I was just trying to let him by and I’m just going slower and slower and pulling the downshift. We had a miscommunication and he ran into the back of me, that was it.”

In Brazil, no investigation was deemed necessary when both cars went off track but Verstappen was later handed a five-second time penalty in Jeddah and says he doesn’t want to give the stewards any airtime for their decisions.

“Confusing!” he said of the full race. “Third, starting first. Dropped to third, third to first, five-second penalty, second, finished second, touches, yeah, I don’t know. I don’t agree with all the decisions but I also don’t want to talk about it too much as I don’t think we need to talk about it. They don’t deserve any mentions.

“He had the run, a bit like Brazil, and of course I braked late and I got a little bit off line at one point and had a moment and went wide. But he didn’t also make the corner and we both basically missed the corner and I don’t think it’s fair to then just say that I get a penalty. But yeah, it is what it is.” 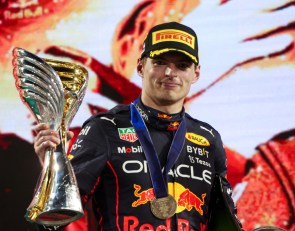