The new circuit for the Saudi Arabian Grand Prix got the thumbs-up from drivers after Friday practice, although Lewis Hamilton warned of the “danger zone” caused by closing speeds.

The Jeddah Corniche Circuit boasts that it is the fastest street circuit on the F1 calendar, with average speeds already over 155mph in FP2. The track features a number of sweeping turns and blind corners due to the walls that line it, and Hamilton says it’s a fun challenge for the drivers until they come across another car going slowly.

“Rapid,” Hamilton said of the layout. “Unbelievably quick. It really is incredibly fast and a lot of grip as well. When you get into the rhythm, it’s beautiful to drive.

“Yeah, (traffic) is definitely a lot of worse than a lot of places we go to — it’s Monaco-esque. The closing-distance speed on other cars is definitely getting to a bit of a danger zone.”

Hamilton’s teammate Valtteri Bottas was a big fan of the new venue, swearing on team radio in FP1 as he let the team know how much he was enjoying it.

“I’ve said it already on the team radio — it’s really cool,” Bottas said. “It’s quite hardcore, pretty full gas and close to the walls in high speed, but that’s what we want — that’s what we enjoy and it definitely gives us a bit of an adrenaline rush.”

“It’s quite hardcore, pretty full gas and close to the walls in high speed, but that’s what we want — that’s what we enjoy,” says Valtteri Bottas. Charles Coates/Motorsport Images

Sergio Perez had similar sentiments to the Mercedes drivers, saying the traffic was the only main issue on Friday despite Charles Leclerc’s heavy crash.

“It’s a really nice fast and fluid circuit, really enjoyable — a lot of fun out there,” Perez said. “It’s going to be tricky in qualifying, the traffic management — it’ll be trying to be there at the right place. We saw what happened when everyone was on softs at the end — it can get very tricky, very messy very quickly; then on the long run we didn’t have enough time to get a read.

“We saw (with) Charles (Leclerc) today, it’s a track where if you make a mistake it can be extremely costly, so we just have to stay there and be on it as much as possible.”

Lando Norris rated the circuit as “One out of one,” highlighting the speeds as making it even more difficult to concentrate than other street venues.

“It is amazing,” Norris said. “It is a very tricky circuit. You need so much concentration because it is also so fast. On a street circuit like Monaco, and a lot of the circuits you have to concentrate a lot, but some of it is also very slow so you can relax a little bit, and it is a bit easier to judge where the wall is and so on. Whereas here all of it is high speed, so judging the distance to the walls is much more difficult.

“It makes it more difficult to concentrate. It is going to be difficult in the race especially, but it is a fun circuit, especially the first sector with the barriers in the whole flow of the section — it is a lot of fun. Difficult but it is very enjoyable.”

We've learned that there is little room for error through Jeddah's twisting turns#SaudiArabianGP 🇸🇦 #F1 pic.twitter.com/Oi1J6Akrxq

Daniel Ricciardo described the track as a “maze” given the similarities of certain corners from inside the cockpit.

“It was good fun,” Ricciardo said. “It is busy. It keeps you on your toes, but it is fun, it is a good track — really high speed, lots of good flow to it.

“It kind of all looks the same, so you have to talk yourself through each corner: ‘OK, this is this corner, this is that corner, fourth gear, OK this is now fifth.’ It is a maze. But it is a lot of fun and the grip is good — on a track like this, a fast street circuit, it is nice to feel something like that.” 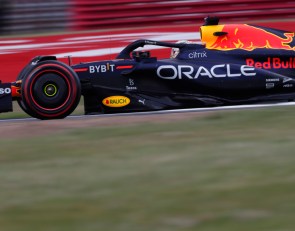 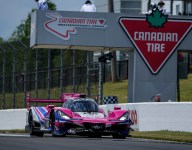