Daniel Ricciardo was messaged by Max Verstappen about the size of his smile while driving a Dale Earnhardt NASCAR at the United States Grand Prix, while a tweet from Dale Jr. gave him “goosebumps.”

The 1984 Wrangler Chevrolet Monte Carlo is owned by McLaren Racing CEO Zak Brown, who bet Ricciardo he could drive his hero’s car when he won his first race for the team. The Australian duly did so in Monza and so the test was set up at COTA, with Ricciardo wearing an open-face helmet to complete the run on Saturday morning.

We've all got our dream cars, and this is @danielricciardo's! 🥰

His prize for his first podium for @McLarenF1 was a drive in his hero Dale Earnhardt's iconic 1984 Chevrolet, which is now owned by Zak Brown#USGP 🇺🇸 #F1 pic.twitter.com/BT6Wm4XLqt

“It was hilarious,” Ricciardo said. “I got back to my driver room after once I got out of the NASCAR — I walked back — and my phone lit up and it said ‘Max Verstappen’ and he sent me a screenshot of me down the straight with this massive smile! And he said, ‘Looks like you enjoyed yourself!’

“So the open face was a good shout. It’s funny, I think Rachel (Brookes – Sky Sports reporter) tried to get a few words out of me after it and I don’t know, my adrenaline was still somewhere up here. I’m surprised I’m still awake now, but a little bit of caffeine before quali just got me through it, so I’ll sleep well tonight.” 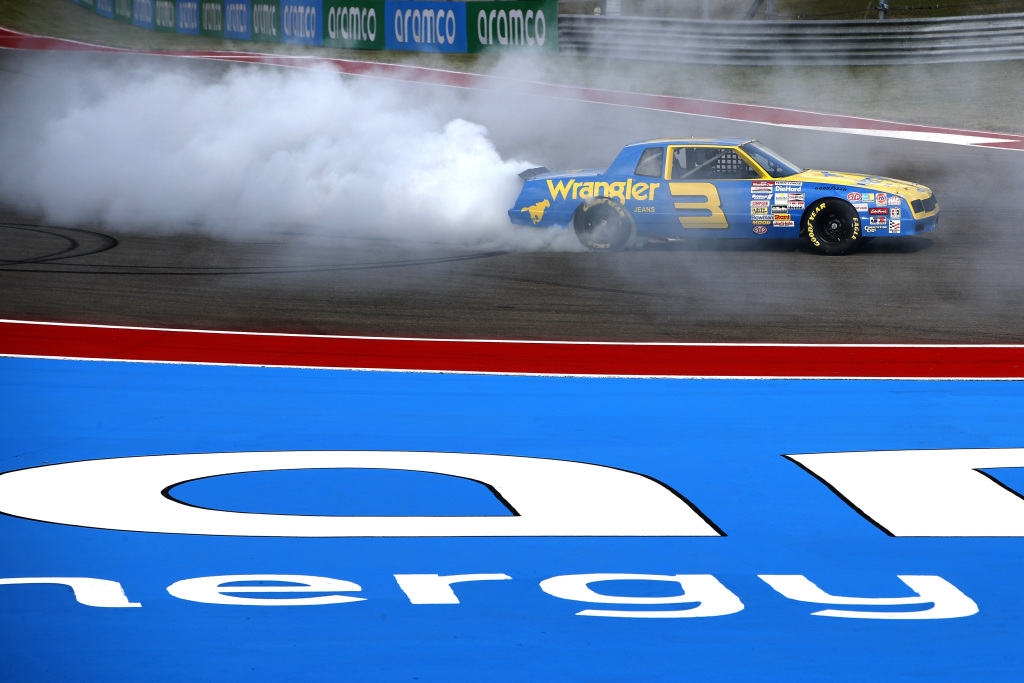 Responding to a tweet about the run, Dale Earnhardt Jr said: “I’m happy for Daniel. I’m also appreciative for how he celebrates my father. That makes a lot of Dad’s family members and fans smile,” a message that Ricciardo took kindly to.

“That’s cool, that gives me goosebumps. I’m happy that it’s well received, that’s all I can say.”

Ricciardo is also running an Earnhardt tribute helmet design at this weekend’s race.