Cadillac re-asserted its familiar fast pace on the streets of Long Beach en route to a 1-2 sweep of Free Practice 1 for the IMSA WeatherTech Sportscar Championship. Three red flags interrupted the one-hour session and left little time for extended running.

Felipe Nasr in the No. 31 Whelen Engineering Cadillac DPi-V.R. was quickest with a time of 1m13.498s. Renger van der Zande in the No. 01 Cadillac Chip Ganassi Racing DPi-V.R. was second and +0.835s behind Nasr.

The quickest non-Cadillac in the session was the No. 60 Meyer Shank Racing Acura ARX-05c, just +0.060s behind the No. 01. MSR’s practice ended prematurely, however, after Olivier Pla caused a red flag in the final 15 minutes of the session. The track never returned to green and the checkered was shown two minutes early.

The No. 55 Mazda RT-24P completed just four laps, none of them truly representative. Oliver Jarvis put down a time of 2m02.153s before a mechanical problem brought the car to a stop in the opening minutes.

The largest class this weekend is GT Daytona with 17 entries, and was topped by Patrick Long in the No. 16 Wright Motorsports Porsche 911 GT3 R. Long’s best time was a 1m20.544s. Bryan Sellers was next quickest in the No. 1 Paul Miller Racing Lamborghini Huracan GT3 Evo with a time of 1m20.716s.

UP NEXT: Free Practice 2 (4:20 p.m. ET) and qualifying (7:50 p.m. ET) are both set for later this afternoon. Tomorrow’s Acura Grand Prix of Long Beach is slated for 5:05 p.m. ET, completing the two-day race weekend before yielding the track to IndyCar on Sunday. 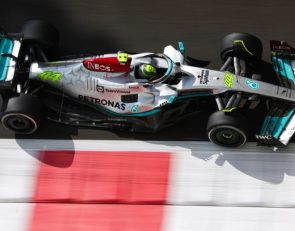