Two Silver Arrows from the Mercedes-Benz Classic collection will be showcased at this weekend’s Goodwood Revival in honor of British racing driver, Sir Stirling Moss, who passed away in April 2020.

One, the 300 SLR (W 196 S) is the late British star’s most famous racing car. Boasting starting number “722” Moss and journalist co-driver Denis Jenkinson drove it to victory in the 1955 Mille Miglia at an astonishing average speed of 97.96mph over the 1,000-mile race, a mark that will last for all eternity.

At the wheel of the second car on display — a Mercedes-Benz W 196 R — British GP-winner Moss finished as the runner-up in the 1955 Formula 1 World Championship, beaten only by his teammate, Juan Manuel Fangio.

The Goodwood Revival uses the traditional circuit for presentation runs and races with historic racing cars. Numerous spectacular F1 and sports cars as well as motorcycling races were held on the 2.37-mile Goodwood Circuit between 1948 and 1966.

The 2021 event is dedicated to Sir Stirling Moss: For this reason, it may potentially bring together the largest number of racing cars driven by the famous motorist. The Stirling Moss Memorial Trophy will also become one of the event’s permanent features as of this year. 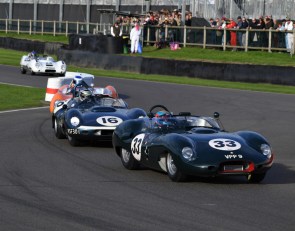 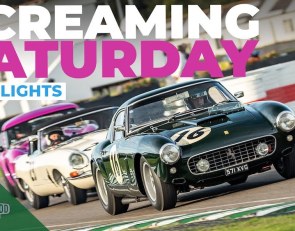 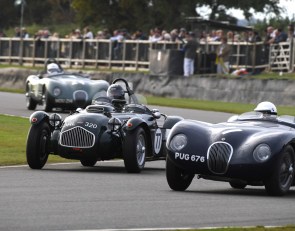