“I said in order to come back to winning, you need four things…” Lawrence Stroll affirms after explaining his work so far with Aston Martin.

“You need tools – we’ll have the greatest new building and the greatest new wind tunnel. You need the people – which we keep announcing on a weekly basis, strengthening our already-strong staff, because what this team was already able to do with 400-500 people before I came with significantly less budget than the top teams had; that famous expression, ‘punched above their weight’…

“With the best tools and the best people, you need the best processes in any business in order to win, and that’s discipline, management, winning culture – something I’ve been able to instill very well in my previous organizations; And lastly you need the financial muscle and power to be able to fund points 1, 2 and 3.

“So we check all the four boxes of how we’re going forward. I have a very clear vision. I’ve been around this sport one way or another for the past 32 years, so I’m not exactly a newcomer to it. As in my previous businesses, I’ve wanted to bring that winning culture to this business.”

That couldn’t be made much more clear when it comes to Aston Martin’s plans for a new factory. COVID hit last year and threatened the existence of some teams, and team principal Otmar Szafnauer admitted it also put the factory project on hold. Some revisions were going to be needed with COVID in mind, but that wasn’t a downscaling of any sort – it was an upscaling.

“We currently have approximately 500 employees,” Stroll says. “When I took over Force India we had approximately 400, so we’ve grown by about 100. And it’s not just quantity, it’s quality. In Formula 1 it takes time to get people – contracts, gardening leave (required time off between teams) etc. – but we plan to push that number to approximately 800 people.

“Most important to do this, to find a home for our 800 people. We actually have started and gone into the ground recently at Silverstone recently with our new factory that will be open in about 20 months. First new factory in Formula 1 for nearly 20 years, there will be nearly 200,000 square feet. State-of-the-art, built-to-purpose…

Stroll’s championship-contending ambitions for his team are being backed up with huge levels of investment in infrastructure and personnel. Image by Glenn Dunbar/Motorsport Images

The last part is a bit of a u-turn, because previously technical director Andrew Green – recently promoted to the new role of chief technical officer – had said a wind tunnel wasn’t required due to the reduction in time that teams are allowed to run it. But Stroll clearly trusts Green, and even laughs about the fact he changed his mind on something that could well cost north of $50 million.

“He came back to me and said, ‘I realize there is upside potential in the times and availability we currently have using Mercedes compared to the luxury we could have of using our own’ and he said, ‘If you really want to be world champion it’s a tool we’re going to need.’

“So he changed his tone. It cost me a little bit of money that change of tone, too. I was happy with his first concept!”

It really goes to show how determined Stroll is. There’s an alliance with Mercedes – and a strong one – that currently has Aston using its wind tunnel, but the Canadian billionaire is not involved in F1 simply to promote the iconic car brand that he also owns in the most economical way. To do that, he’d have kept the team that was widely viewed as the best pound-for-pound outfit in F1 in its previous state.

Instead, that staff expansion has included the clearly expensive hires of a number of Red Bull senior personnel, plus Alfa Romeo chief designer Luca Furbatto, to work under Green, while the most recent addition was the experienced Mark White from Honda as operations director.

Some can start earlier than others – Red Bull is keen to keep Dan Fallows on board for a number of years yet until his contract expires – but that’s also not of huge concern to Stroll. He’s been around F1 long enough, and knows his investments need time to arrive and bed in.

“I think it’s four, five, six years,” he says. “We’re currently in a good place/ We share Mercedes’ wind tunnel, so we’re in one of the best wind tunnels – it’s not as good as having your own but it’s not like we’re sacrificing by being in a poor wind tunnel.

“Facilities-wise, we’ve definitely outgrown our facilities. We’re putting up a lot of temporary facilities around our site in order to be able to accommodate all of these new hires. I think we’ll be in a new place in 20 months – the end of next year.

“So we’re not really compromising on anything. Formula 1, like any other business, I don’t think you could realistically plan on winning before four or five years. I think that’s realistically what it takes.”

It’s a very calm outlook for a team that has appeared anything but calm in the speed and scale of its expansion and investments in recent years. But that’s because Stroll says he’s willing to get his elbows out to get what he wants for Aston Martin, exploiting the areas the budget cap allows him to, and not being afraid to say what’s on his mind.

“I don’t know if I think it’s (just) Formula 1, but there’s obviously a lot of very strong personalities and a lot of very smart people,” he says. “If you’re going to be a push-around, for lack of a better word, I don’t think you’re going to succeed in this sport or in any other sport. So I don’t know that I’ve been a disrupter. I’ve stood for what I believe to be correct.

“I’ve not made this significant investment in this company not to be fighting for world championships. So we’re going to do whatever it takes, within the rules obviously, and within being a gentleman. I don’t think we’ve done anything that any other team wouldn’t to try to build a fantastic organization.

“And I speak out when I think something has been wrong.”

Stroll might be doing a lot of speaking out in future, but given the investment so far there’s every chance it will be more often when something has been right. 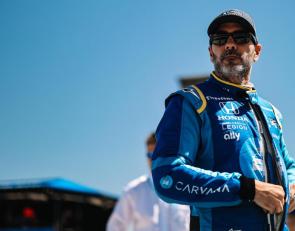 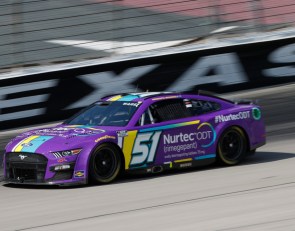