Sainz expects McLaren to be even stronger in Baku

Sainz expects McLaren to be even stronger in Baku

Carlos Sainz believes Ferrari will struggle to match its Monaco performance level in the Azerbaijan Grand Prix and expects McLaren to be particularly strong.

Ferrari impressed throughout the weekend in Monaco, with Charles Leclerc taking pole position and Sainz finishing second after Leclerc failed to start. Lando Norris was third for McLaren as the two iconic teams continue a close fight for third in the constructors’ championship, and Sainz is predicting his former team will be the biggest threat to Mercedes and Red Bull in Baku.

Norris wants to do the Indy 500 – eventually

War of words with Verstappen would be ‘childish’ - Hamilton

“I said before coming into the weekend that Monaco would be a good reference for me to know how confident I am in the new car, the new team and, to be honest, I was feeling really, really at home since FP1,” Sainz said. “Now, going into Baku, I think that we’re not going to be the best ones on that long straight but at the same time, if we can make the time back on the tight part then we should be OK.

“I think the one that now should be excited about Baku is my friend Lando Norris … that he has a a bit of a rocket on the straight, and the car was definitely not bad last year in Monza, not bad around Monaco, so maybe I will bet for (Norris)!”

While Sainz is talking up McLaren’s chances, Norris is less keen to set a high target for Baku because he wasn’t expecting to be so strong in Monaco last time out.

“You need some good straight-line speed, you need good confidence on the brakes with that lower downforce, but we’ll see,” Norris said. “In Barcelona we struggled a lot and a bit of that is why we were thinking we were not going to be competitive (in Monaco), because of the final sector. Although it’s not as slow speed anymore compared to what it used to be, we still struggled in those slow-speed corners … but it changes.

“We’re still learning the car, even though it’s pretty similar to last year. There’s some changes and they’ve definitely affected the car, so we’re better in places, maybe slightly worse in places. But yeah, considering we were thinking we were not going to be good (in Monaco) and we came out pretty good… I don’t think it’s good to set too many expectations.” 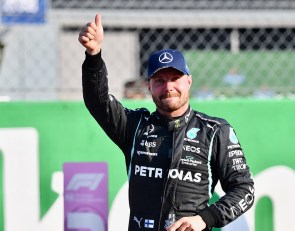