Ed Jones used an early tow before ambient and track temperatures hit uncomfortable highs to post the best lap in practice on Fast Friday at Indianapolis Motor Speedway, taking the No. 18 Dale Coyne Racing with Vasser Sullivan Honda to the top with a best lap of 231.569mph.

Santino Ferrucci recovered from his Thursday crash to make it out in the No. 45 RLL Honda just after 2 p.m., and the underdogs at Top Gun Racing, after missing the opening 2.5 hours of the session, emerged to send RC Enerson out for a pair of qualifying sims in the No. 75 Chevy that left it in P35 (224.736mph). 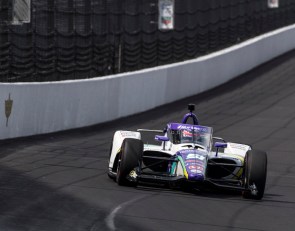 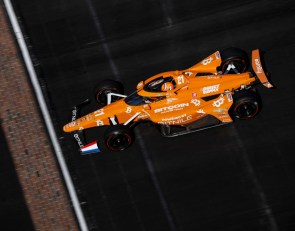