Tomy Drissi survived a last-lap melee and a controversial decision to score his first career Trans Am Series presented by Pirelli victory in the Johnson Controls 100, Round 3 of the 2000 campaign at Long Beach.

Drissi was originally checkered as the winner in the No. 15 Drissi Advertising Ford Mustang Cobra, but the victory was then awarded to Johnny Miller in the No. 64 Autonationdirect.com/UPS Corvette when it was ruled that Miller crossed start/finish after the one-hour time limit expired.

Brian Simo won the pole in the No. 88 Tommy Bahama Qvale Mangusta, but he lost the lead to Paul Gentilozzi in the No. 1 Johnson Controls/HomeLink Jaguar XKR on the opening lap. Drissi started sixth, driving for his new Stewart Racing in partnership with Drissi Motorsports team in Gentilozzi’s 1999 championship-winning car.

Simo was forced to pit with a cut tire on lap 18, allowing Miller to take second behind Gentilozzi. Miller then took the lead when Gentilozzi dropped out with a broken valve train. The final caution waved on lap 30. Four laps later, the green and white flags waved to restart the race with one second remaining before the one-hour mark, but Miller actually crossed the stripe at the 1h1m0.733s mark.

“On the restart, Johnny was first, followed by Chris Neville and I was third,” Drissi recalled in a 2021 interview. “We come through Turn 1 and I’m sitting there thinking I would come out standing on the podium at Long Beach. We went through the fountain nose to tail, and then coming to the left-hander onto Pine Ave., Neville got into Johnny pretty hard and shook him loose. I went on the outside and we were three wide going into the right-hander, Seaside Way. I stayed to the left and had a great run and there was just enough room for me to squeeze by. Then they got together again and crashed.”

The ensuing wreck took out Miller and Neville, along with Lou Gigliotti and Randy Ruhlman.

Drissi came around to take the checkered flag at the completion of 35 laps and was posted as the winner, followed by Willy T. Ribbs in the No. 16 Clover Enterprises Chevrolet Camaro, 3.115 seconds back.

“Willy T. was running a pretty strong race and he was right there,” Drissi said. “That turned out to be his last professional podium – and I was proud to be on the podium with Willy T.”

Following the event, race control ruled that the final lap did not count, saying the race ended when Miller crossed the line at 1h1m0.733s. The posted results were revised, reverting back to the lap 34 scoring of Miller, Neville and Drissi.

“We knew we won the race, so we decided to let the politics take its course,” Drissi recalled. “We drove our butts off and we knew we won that race fair and square.”

One month later, a Court of Appeal ruled that the chief steward did not have the authority to revise the race results since he did not accept protests, and the finish went back to the originally posted 35-lap results with Drissi as the winner, followed by Ribbs.

Bob Ruman rounded out the podium in the No. 23 Cenweld Corporation Corvette, followed by Drissi’s current car owner, Claudio Burtin his No. 26 Ford Mustang.

Other current competitors included Simon Gregg, eighth in the No. 59 Stoner Transportation Camaro, and Gigliotti, 19th in the LG Motorsports/G2 Performance Corvette.

Drissi’s first Trans Am victory came in the third race of his second year in professional racing.

“My first professional competition was in 1999 in Trans Am, and that’s when I started racing,” Drissi said. “I had a lot to learn and managed to win rookie of the year. Then I started out my second year, my third race with a team we had just started, and I went from trying to learn what to do to winning the Long Beach Grand Prix in my second year. I remember every minute and second of that race! The competition was fierce. Just to qualify sixth with that level of competition was great. Then I had a few good fights and worked my way up through the field. It as Long Beach, just crazy. A real street fight, and I remember every second of it.

“Now, 21 years later, I’m so happy to be part of the Lucas Oil family, running Lucas Slick Mist products for the Burtin Racing Team. It’s cool that our next race is [WeatherTech Raceway] Laguna Seca, and SVRA is going to have the Historic Trans Am there with the original 1966-72 cars. I’m going to have my 1970 Jim Hall Chaparral Camaro No. 1 factory car, and I’m going to run a few laps to share it with the fans.”

Trans Am will make its West Coast swing starting with a combined round of the Trans Am Series presented by Pirelli West Coast Championship and the new Trans Am Pro/Am Challenge at Sonoma Raceway April 23-25, followed by a Trans Am National race joined by the West Coast drivers at WeatherTech Raceway Laguna Seca April 30-May 2.

The full Laguna weekend will be live streamed on the Trans Am by Pirelli Racing App: https://nagrasports.app.link/onzfSz0r2db 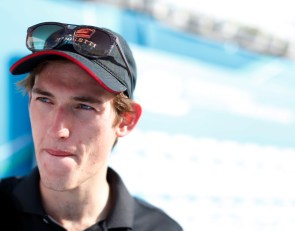