Corvette Racing has not confirmed its plans to race its championship-winning GT Le Mans C8.Rs in IMSA’s new GTD Pro category next year, but the clearest signal of its intent to bring the mid-engine supercars to fight among GT3 manufacturers was delivered on Thursday.

INSIGHT: LMDh is poised to carry IMSA into a new golden era

In a conference call with reporters, Mark Stielow, General Motors’ director of motorsport competition engineering, confirmed that work has started on producing a kit that will transform the C8.Rs from IMSA’s outgoing GTLM class to its replacement category in GTD Pro.

“GTLM class is going to converge into GTD, and so we’ve been working a lot on a conversion package for that,” Stielow said.

On a related topic, Corvette has informed IMSA it would be open to detuning the GTLM C8.Rs for GTD Pro, but not to full GT3 specification, which the WeatherTech SportsCar Championship has acknowledged and will support with a special waiver.

In a similar vein, GM has yet to commit to IMSA’s new-for-2023 LMDh prototype formula, but like the C8.Rs in GTD Pro, GM fans might have something to cheer for in the near future when DPi becomes LMDh.

“There’s a lot of investigation, a lot of work being done on our end, studying the LMDh proposal,” Stielow added. “So LMDh is very interesting to us and there’s going to be a lot of manufacturers in that space, so we’ve been heavily looking at that. So there’s a lot of activity going on in that space.” 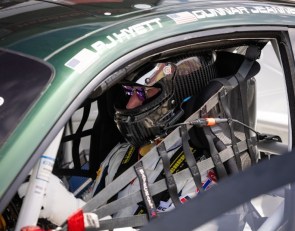