Canadian billionaire Stroll bought the former home of the Canadian Grand Prix back in 2000, and has carried out extensive work in the time since then. A redesign was overseen by South African track designer Alan Wilson in 2000 and 2001, and in the intervening period the track has been resurfaced and extended in width from 28 to 40 feet, new gravel traps and run-off areas added to meet FIA safety regulations, and the pit lane restructured.

The over 300-acre site has also seen an improved medical facility and new timing tower added, while the sales brochure also suggests it “boasts a unique opportunity for a residential redevelopment.” As part of the sale, the Jim Russell Racing School is listed as a business the opportunity can also include.

Bids are being invited for the circuit, with a deadline of Thursday, April 15 at 4 p.m. ET.

Stroll’s more recent business focus has been in the UK since he completed his takeover of the former Force India team and eventually rebranded it as Aston Martin this year. He now holds the position of executive chairman of Aston Martin Lagonda. 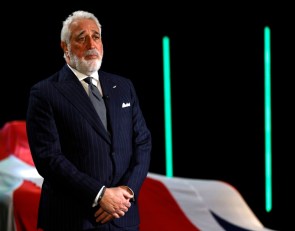