Gibbs is one of four organizations to have visited victory lane so far this season. Michael McDowell and Front Row Motorsports upset the order at the Daytona 500, and since then it has been the story of Gibbs, Hendrick Motorsports, and Team Penske.

Three of the four Hendrick Motorsports cars finished in the top 10 at Martinsville, while Team Penske placed two of its drivers in the top 11. Penske driver Ryan Blaney won both stages. Hendrick (William Byron, Kyle Larson) and Penske (Ryan Blaney, Joey Logano) have two wins each this season.

Truex and Christopher Bell are the two drivers who have won races for Joe Gibbs. Truex is the first repeat winner of the Cup Series season. Hamlin, meanwhile, leads the overall point standings.

“I think it’s always hard to say, and we’re really only just getting started – eight races in or whatever it is,” said Joe Gibbs about how his team stacks up to the competition. “And I would say that it kind of constantly has been going through the year (that) somebody gets up pretty good, then somebody else steps up.

“It’s going to be hard-fought all year. I was really happy today about short track (racing) for us. That was a good deal, because I get excited when all four of our cars run well. But I think it’s up in the air as to who you could say is the strongest team right now.”

Nine of the ten drivers in the top 10 in the point standings come from either Gibbs, Hendrick, or Penske. The outlier is Kevin Harvick for Stewart-Haas Racing.

But what had Gibbs the most excited after Martinsville wasn’t the big picture. It was the team’s performance that day. Truex and Hamlin finished first and third and had a hard-fought battle for the lead inside the final 25 laps.

All four Gibbs cars finished in the top 10 in the Blue-Emu Maximum Pain Relief 500. Three of the four led laps, with Hamlin spending the most time out front: 276 of 500 laps.

“What I’m excited about is, yes, great race,” said Gibbs. “I was just praying that Denny and Martin didn’t get together up front. That was my biggest concern. But anyway, I was most thrilled with the fact that all four of our cars wound up in the top 10. Didn’t go well for Kyle today, but he fought so hard. I was really proud of him getting back to 10th. Christopher was fast all day. Then, of course, Denny.

“I just think Martin’s car was better on long runs than what Denny’s was. Denny fought so hard. It was a real good day for us. We love Martinsville. I think everybody at our race team gets excited every time we come here.” 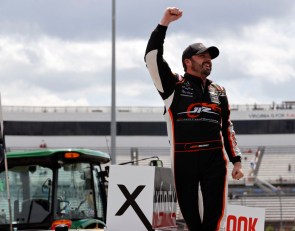 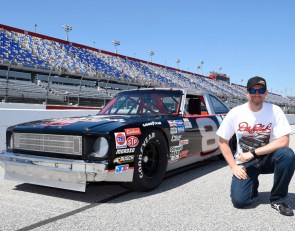