Museum exhibits often look so effortlessly curated that they belie the enormity of the work put in to make them so. The new “Driven to Win: Racing in America presented by General Motors” exhibit at The Henry Ford Museum of American Innovation is no exception. Nearly 13 years in the making, with a theme as diverse as motorsports, it fell to Matt Anderson, the museum’s curator of transportation, to guide the project from concept to reality.

The “Driven to Win” exhibit allows visitors to get some hands-on experience, too.

“It really began in 2007 when my predecessor, Bob Casey, wrote a paper about what made American racing distinct compared with other forms of racing from around the world,” Anderson explains. “One of the ideas is that Americans love the spectacle of racing, and we like things to be a bit over the top. In 1911, the folks in Indianapolis chose to run a 500-mile race, not a 200-mile one.

“But I think the other major component in the exhibit we’ve held to is this idea of the twin meanings of ‘performance,’” he adds. “In racing, performance is in terms of driver ability or top speed, but there’s also performance in the original sense of the word as a form of entertainment. Take Barney Oldfield, who kind of invented the idea of what it meant to be an American racing driver. He was staging these over-the-top races against a locomotive, or an airplane, and we contrast it with Ken Block today. He’s got the Hoonigan videos doing larger-than-life stuff, but he’s also got the legit credibility of racing in rally at a world championship level.”

“Driven to Win” challenged Anderson to edit a wealth of potential material into an experience that would captivate the uninitiated on motorsports, while dazzling the cognoscenti with stories they may never have heard. Obvious treasures like Jim Clark’s 1965 Indy 500-winning Lotus 38-Ford are on display, along with items that would be mundane if not for their connection to auto racing greatness.

“One of my favorite acquisitions is a set of drafting tools that were used by Leo Goossen,” Anderson recounts. “He’s not so well known today, but Goossen worked alongside Harold Miller and Fred Offenhauser, whose cars dominated the Indianapolis 500 for decades. To me, these tools are so fantastic because they’re directly tied to what Goosen himself was doing. So you feel some part of his personality in what is otherwise an unremarkable box of tools.”

Anderson’s last task was to fill the 24,000sq.ft space so that it was neither too academic, nor too elementary. Every detail, from the displays to their descriptions, was obsessively considered.

Transforming 24,000sq.ft into a cohesive and captivating display space is not the work of the moment. Years of planning and numerous drawings were created to make the vision a reality.

“We can’t do NASCAR better than they do with the NASCAR Hall of Fame, but it’s hard to think of another museum that has a large scale exhibit like this that introduces people to the different forms of racing,” Anderson concludes. “We do that with cars and other artifacts that I think are entirely worthy of being in individual museums. So, I think that’s what sets this apart from other racing exhibits in the U.S.”

The Henry Ford, in Dearborn, Michigan, just west of Detroit, occupies a 250-acre campus with three separate attractions, including the Ford Rouge Factory where the Ford F-150 truck is made.

The range of displays and artifacts at “Driven to Win” cast a light on the layers, nuances and history of American racing. 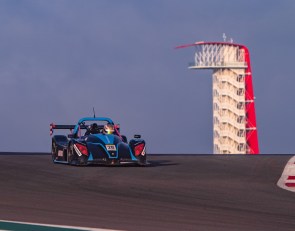 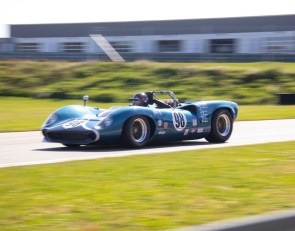