Gresham Wagner (No. 5 Spark Performance) extended his Idemitsu Mazda MX-5 Cup presented by BFGoodrich Tires Championship point lead with a win in series Round 4 at Sebring International Raceway on Friday. Wagner got the better of Michael Carter (No. 08 Carter Racing Enterprises) in the final turn of the final lap to notch his second win of the season.

Starting third, Wagner had a great start and was around polesitter Sam Paley (No. 28 McCumbee McAleer Racing) by Turn 3.

Following the first of two full-course cautions, Wagner and Selin Rollan (No. 87 Hixon Motor Sports) worked together to pull away from the rest of the field. Behind them, Paley and Aaron Jeansonne (No. 24 Provision Motorsports) were battling for third at the front of the next six-car faction.

Approximately 10 minutes after the first restart, disaster struck Rollan: damage on his car punctured the right front tire. He fell back into the second pack of cars and got caught up in an incident between Jeansonne and Justin Piscitell (No. 89 McCumbee McAleer Racing) that nearly sent him into the tires. Piscitell didn’t get off as lightly and a second full-course caution was issued to remove his car from Turn 10.

“I had a lot of pressure at the start and was just trying to build a lead and get a little bit of padding to the guys behind,” Wagner said. “The yellows kind of just disrupt that momentum when you are in a groove and have built up a breakaway- it’s a bit disheartening when it all gets packed up again, especially that final caution.”

The second full-course yellow gave Round 3 winner Rollan the time to get on pit lane and change the flat tire, but he still returned to the track at the back of the pack.

When the 45-minute race restarted for the second time, Carter was Wagner’s new dance partner out front. The pair had just five minutes to settle who would win.

“I didn’t know what to expect (on the restart) because Michael (Carter) wasn’t up there for most of the race and I knew with the restart he was going to be hungry to get up there and try to get the win,” Wagner said.

Carter waited until the final corner of the last lap to make his move, but Wagner had his number. Carter ran too wide and Wagner was able to hold the inside and speed away to the checkered flag.

“He worked well with me to make it a showdown between just us two at the end and you know, it was going be a good finish, I think regardless of whether it’s him or if I got the win– so I’m a little bit happier that it was me across the line first! But overall it was great race and I’m happy we worked so well together again,” Wagner said.

“I didn’t even try to brake that deep going into Turn 17,” said Carter. “I knew what Gresham (Wagner) was going to do once I passed him. But the rear just got away from me and I just tried not to hit the wall.

“It was a good race but stressful when I got shuffled back,” said Carter. “I got punted in Turn Four, saved it, and brought it back out on track. I think on the restart I was 12th, so before that I was 15th – so 15th to second was still a pretty good result. Gresham drove a great race and I feel like these last two wins could have been mine, but we’ll go to St. Pete and get them there.”

After a disappointing result at Daytona, Bryan Ortiz (No. 4 Copeland Motorsports) was thrilled to complete the podium in third place. The 2019 Champion navigated the perils within the second group of cars with poise and lead them across the finish line.

“I ran the new car for one race last year, and it’s not that it’s different, there are just so many good guys that have been developing and testing with this car,” Ortiz said. “We’re like a year behind on that, but we are trying to get better.

Jeansonne, the current MX-5 Cup Shootout winner, took home his best finish of the season so far in fourth, despite extensive bodywork damage to his car from the action inside that second group of cars, while Todd Buras (No. 95 Irish Mike’s Racing) completed the top five.

After four rounds, Wagner leads the championship by 120 points, provisionally, over Michael Carter. Rollan is another 10 points behind in third. 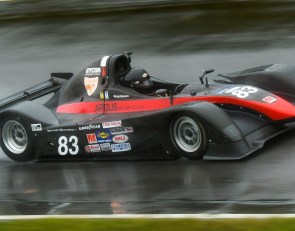 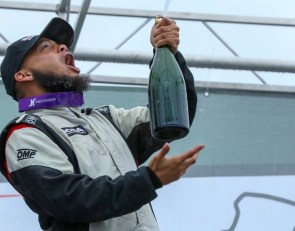