The Dutchman, who topped the times by 0.289s, previously held the unwanted accolade of the most Formula E races without a pole position — a 46-race streak — but after topping FP3 and Group Qualifying, he looked well placed to end that and did so and he did in fine style – giving him the perfect run at Round 2 this evening.

“It feels really good compared to yesterday after we started dead last,” said Frijns. “I really didn’t expect it prior to jumping in the car in FP3. We had a long night yesterday and a lot of work’s been put in and it’s worked out.

“I’m really happy with the car and what the team did last night. It’s the best position. Sam and I will have fun. We know each other really well and hopefully we can play a bit! It’s a lot of fun out there, but very tricky. If you put one wheel outside the single racing line, that’s it — you’re off. There’s no room for any mistakes.”

.@RFrijns with a magical lap around the #DiriyahEPrix track to secure his first-ever pole position in Formula E.

“I’m very happy with that,” added Sette Camara. “Yesterday I felt like we had the potential to be in Super Pole. It’s hard for everyone to believe after Berlin and I really wanted to prove to everyone that Dragon can be up there.

“We proved to be quick with both cars making Super Pole and we both showed rhythm despite a group advantage. We don’t have the new powertrain yet, and we decided to go with that in Rome, so that’ll be a disadvantage in the race along with my experience. It’s not my strongest point but I’m trying to improve and anything can happen!”

Oliver Turvey had looked super quick through the final sector on his hot-lap and made up for a small error through the opening third of the lap to stick his NIO 333 on provisional pole by 0.6s over Nico Mueller’s early benchmark. The pair wound up fourth and sixth respectively, split by Turvey’s teammate Tom Blomqvist to make it two NIOs in the top six.

Before the session, race control passed down the ruling that Mercedes-EQ and ROKiT Venturi Racing would not be allowed to enter the track during the qualifying session with the FIA mandating a thorough investigation into the incident involving Edo Mortara during FP3.

In Group 1, minus the Mercedes powered cars, Mitch Evans (Jaguar Racing) and Rene Rast (Audi Sport ABT Schaeffler) missed their chance at a lap in dramatic fashion — leaving team principals James Barclay and Allan McNish furious in their respective garages.

.@allanmcnish was not pleased when @ReneRastRacing missed out on crossing the start-finish line in time to set a full-power lap*

*no tables were damaged in this clip

“Where we are in the middle of the pit lane it isn’t ideal to predict exactly when to go out,” said McNish. “Rene was behind two cars, and he missed the cut by a tenth of a second. It’s very, very frustrating.

“So much is at stake that if you don’t push to the limit, you’re risking being at the back. Even though this is the second day, the circuit still evolves with every passing car. It’s risk and reward. When there’s a group of cars around you, you can’t fully control it.” 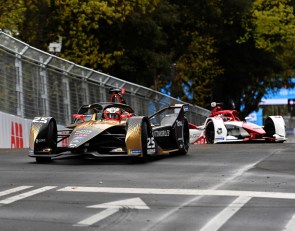 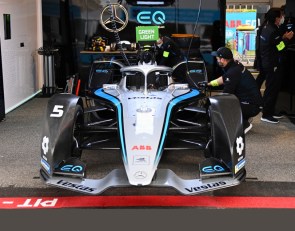