Mack made his IRL debut in 2002 with the fledgling 310 Racing team. Following a crash in the second race of season at Phoenix, where 310’s lone GForce chassis was heavily damaged, the lightly-funded team created by aftermarket auto customizer Marc Laidler found itself in a state of financial crisis.

Exactly how the budgetary plight of Mack’s team reached George is unknown, but with rising concerns over how the outfit led by the late Ted Biting would reach the upcoming races – including the Indy 500 – news of their struggle was received.

Where George’s help differed from the new Race For Equality & Change program was in its delivery. An intensely private man, George’s benevolence remained a secret until 2020, when Mack pulled back the covers on an unexpected encounter between the Indianapolis Motor Speedway boss and the IRL rookie.

“What ended up happening… I can’t remember who it was, but [someone] crashed in front of me,” Mack recalled. “And I back up, and when I back up, I get collected from the rear by Robby McGehee.”

With 13 races remaining on the calendar, concerns over completing the season emerged. Where buying new parts and pieces to replace the damaged items is the norm after a sizable crash, 310 Racing lacked the funds to place a costly order.

“I’d overhear conversations a little bit, but I think they tried to keep it away from me, because they didn’t want me to worry,” Mack continued. “But I would catch a little different attitude here or there. And obviously I wasn’t completely naive. I was naive, but not completely. When I see them taking me back to the room and they’re turning the lights on to stay up all night to try to put this stuff back together for the next race, I knew what was going on. And so they just kept patching up the same car.”

“At that point, after that crash, he said he wanted to talk to me and I’m thinking, ‘Oh, what did I do? I’m a rookie. Don’t tell me I screwed myself,’” Mack said. “He came over and pulled me aside. He goes, ‘Look, kid. We dig you. We dig you. You got personality. The guys seem to like you so far. We know you’re underfunded. So I’m going to do something for you, [but] you cannot tell anyone.’

“I thought he’s going to get me some driver coaching – first thing that popped into my head. No, no. He gave me a check.”

It wasn’t the first time the George family had offered help to a driver or team in need. During the early days of the IRL, many asked for contributions from the family’s considerable wealth, and the majority were rebuffed. On rare occasion, however, and often without notice, a member of the George bloodline would step in to ensure an underdog was saved.

With Mack, the first Black driver to compete in IndyCar since Willy T. Ribbs opened the door in 1991, George saw the value in addressing the shortcomings that could keep 310 Racing from reaching the upcoming races, and ensuring Mack had something safer and newer to drive.

Mack wouldn’t define the size of the six-figure check, but the amount was enough to get a fresh chassis in motion and complete his one and only season.

“He goes, ‘That doesn’t even begin to cover it. But we know this will happen. We know you got the one car,'” Mack said. “Gave him a hug, man, and utmost respect at that point. They built the second car, patched together the first one. That helped a bunch.” 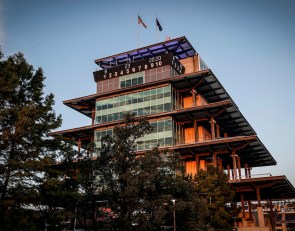 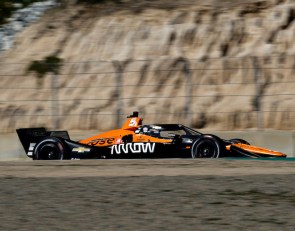 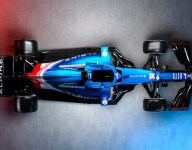 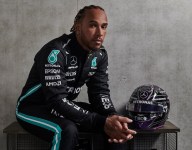