When we’re on the lookout for the next big thing, I guess we’re usually meant to be comparing them to the record holders or greats of the past.

The next Lewis Hamilton.

The next Michael Schumacher.

The next Ayrton Senna.

But just because a driver hasn’t achieved greatness in terms of their results doesn’t mean they haven’t made a measurably positive impact on Formula 1, and Daniel Ricciardo fits that bill.

He’s won multiple races and stood on the podium countless times, but Ricciardo has also brought an approach to the sport that has won him a huge fan base. It’s easy to say he embraces the United States – and he does – but Ricciardo embraces pretty much everything about everywhere he goes, and it has made him a massively popular character both within and outside the sport.

Perhaps it’s an approach driven by growing up racing karts in Australia in his early years, and then embarking on the adventure that came with the switch to Europe. So that’s where the similarities start – and don’t end – when it comes to the next name emerging from Down Under.

Oscar Piastri took an impressive FIA Formula 3 championship victory last season, pipping teenage sensation Theo Pourchaire and Floridian teammate Logan Sargeant to the title. And Piastri did it as part of the Renault Driver Academy, meaning that at the time, he was racing under the same banner as one of Australia’s four grand prix winning drivers.

“The next Danny Ric? I’m not sure…” Piastri tells RACER. “Hopefully the next Aussie, but living up to Danny Ric is no easy task, that’s for sure!”

It might seem lazy to compare the two based on their nationality alone – Ricciardo grew up in Perth, Piastri some 1700 miles away in Melbourne – but the 19-year-old sees a lot to admire in his more seasoned compatriot.

“I think obviously being from the same country gives us a lot of things in common,” he says. “And we were in the same team last year, but I think even if he wasn’t, then he’s probably one of the funniest people on the grid and also one of the fastest people on the grid, so he’s got a lot of good things going for him. I think most people would look up to Daniel as a very good role model, and I certainly do as well.”

Of course, Ricciardo is now a McLaren driver, limiting what Piastri can learn directly from him, but he did spend time picking his brains while fully integrated in the Renault set-up at the Turkish Grand Prix last year. That came after Piastri had already won the F3 title to add to his Formula Renault Eurocup success from the year before (a category Ricciardo was runner-up in some 11 years previously), and even in COVID times the younger Aussie had also been earning himself some fans via his social media posts.

Piastri had a love/hate relationship with DRS that he often documented via his Twitter account, along with his failed cooking exploits and an accidental unveiling of his future plans. But as his stock grew on the track, he very much followed the Ricciardo school of thought: aiming to be as true to himself as possible, even as the stakes were getting ever higher.

Well, I am looking forward to a ‘home’ race at Silverstone. And I guess 3 of them are half way back to Australia, so that’s nice. https://t.co/7CacidyMih pic.twitter.com/dPUpf7QwUF

I must say, I thought this was more common knowledge than it appears to be 😂

“I hope so, I hope James (Lloyd – Alpine press officer) doesn’t shut me down on my Twitter posts and my social media posts! “ he says. “I’d like to try and keep my personality shining ,through.

“Obviously the higher up you get the more people you have to (think about) … you’ve got to be careful with what you say. You’ve got a lot more people funding you a lot more money, and you don’t really want to make a brash comment that’s going to bite you later. So I’ll try and keep it shining through as much as I can, but I don’t want to get myself in trouble, either.”

It must be said, it’s not just Ricciardo who made sure reaching F1 didn’t prevent him from showing off his personality, and  a number of other young drivers have done the same since. But Piastri isn’t limiting his learning to his countryman or more recent success stories from F3 and F2, as Renault becomes Alpine and Ricciardo is replaced by Fernando Alonso.

“I’m hoping that next year, being my second year in the academy, hopefully I can have a bit more involvement,” he says. “Obviously I’ll be getting closer to F1, so hopefully can get involved a bit more and see more of what happens on race weekends.

“Fernando is definitely someone I look up to. Obviously he’s been out of F1 a couple of years now ,and it will probably take him a couple of races to get back – but he is Fernando Alonso, so maybe not! – but he’s been in F1 a long time, and has got heaps of experience. I think Esteban (Ocon) will certainly give him a run for his money as well, so it’s worth learning from both of them and trying to gather as much information as I can.”

Those preparations for F1 could have been negatively impacted by COVID-19, with Piastri’s F3 season being condensed into just 10 weeks across July, August and September, and his first F1 paddock experience being the infamous cancellation of his home race in March.

Two wins and a lot of podiums in last year’s FIA F3 championship propelled Piastri onto F1’s doorstep with a Prema F2 ride for the coming season. Sutton/Motorsport Images

“It’s definitely hurt it a bit, but I think to be honest at the start of the year when I went to Melbourne, I was the new kid in the academy, had just come out of Formula Renault, wasn’t on the F1 weekends, so not that many people actually really knew who I was,” he says. “Whereas now, with my achievements, I’ve kind of got a bit more respect and notability.

“So I think it’s probably hurt it a bit over the past year, but to be honest I wasn’t expecting to do that much anyway. It’s almost been nice that F3 finished so early so I could go and do things like be with the team in Turkey, but obviously it means I can’t socialize and talk to as many important people as I want to. But I think my achievements have done more talking for me than I could have in words.”

And those achievements do deserve recognition, as he adapted to the challenge admirably to take the title as a rookie, and impressing Ricciardo with his racecraft as well as his down-to-earth approach. So when might we see the next Australian on the Formula 1 grid? Given Alonso’s return and Ocon’s strong finish to 2020, Piastri has set himself a realistic target.

“I was expecting F3 to be sort of a two-year pathway I guess, and it’s ended up being just one,” he says. “So I would say probably two years in F2, but if F2 does go as well as F3 and I manage to pull off a similar feat, then obviously that would put me in pretty good stead for 2022.

“If I did win the championship then it would be three championships in a row, so I don’t really know what more I would be able to do! But ideally, 2023 is my goal. If I can do it before then that’s great, but I think after a second year in F2 it’s sort of the point where I will either become an F1 driver or I won’t.”

Piastri steps up to F2 with Prema – the defending champions, and the team with which he won the F3 title – and essentially replaces reigning champion Mick Schumacher as teammate to Robert Shwartzman. Big shoes to fill wherever you look, but so far he’s shown the right mix of mindset, personality and most importantly results to suggest he has every chance. 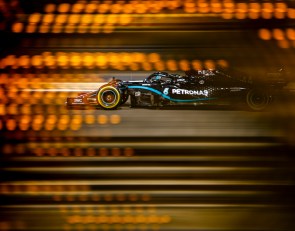 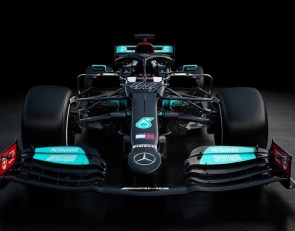 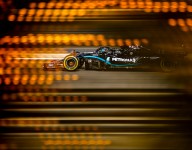 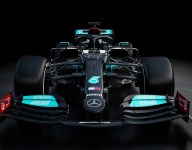 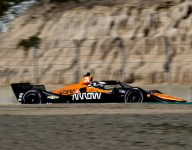