Jenson Button has joined the Extreme E ranks as owner and driver of the new JBXE team.

“JBXE has been a long time coming and I’m both delighted and proud to announce its formation and entry into the inaugural Extreme E Championship,” said the 2009 F1 world champion.

“I caught the off-road bug a few years back which led to me entering my own team in a few races including the Mint 400 and even the Baja 1000 (in 2019), and I absolutely loved it. It was around the same time I first heard about the plans for Extreme E, which I’ve followed with great interest and what Alejandro Agag, Ali Russell and the team have managed to create is nothing short of incredible.

“In Extreme E they’ve created a product that will offer first class racing and entertainment to the fans, but also serves to highlight the impact of climate change. Whilst we will of course compete to win on track, as a collective we will also work to maximize awareness whilst racing in places that have been damaged or affected by climate change over the years. Alongside the awareness piece, Extreme E themselves are committing legacy initiatives at each destination which help protect already damaged ecosystems impacted by climate change.”

Button’s co-driver will be announced in the coming weeks.

The Briton, who left F1 in 2017, has some off-road racing in his DNA: his late father John was a leading rallycross driver in Britain in the 1970s and 1980s. Button’s move into Extreme E is the latest chapter in a busy post-F1 career that has also included appearances in the WEC, the Le Mans 24 Hours, British GT and a championship in Super GT.

“I’m thrilled to welcome another major name in the world of motorsport in Jenson Button,” said Alejandro Agag, Founder and CEO of Extreme E.

“He is one of the most popular drivers in the business and Extreme E will give him the opportunity to live out one of his long-held passions, to compete at the highest level in off-road racing.” 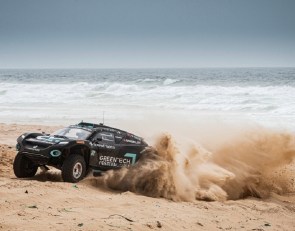 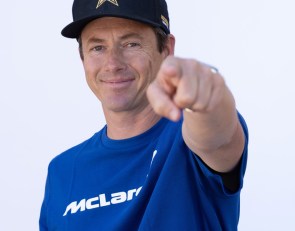