FIA’s Todt expects calendar changes for half of 2021

FIA’s Todt expects calendar changes for half of 2021

FIA president Jean Todt expects motorsport calendars around the world will need to change for half of the year as a result of the ongoing COVID-19 pandemic.

The World Motor Sport Council (WMSC) signed off on a 23-race Formula 1 calendar in December that was due to start in Melbourne, but that race is already looking unlikely to happen. The 2020 schedule had to be completely reorganized after the global outbreak, with Australia called off at the last minute before a delay of nearly four months before racing could resume in July, and Todt is expecting a similarly disrupted first half to 2021 as the pandemic continues to have a big impact.

F1 season opener in Australia expected to be postponed

“I am not sure I will speak about a better season (in 2021) as I feel that 2020 was a great season, with a lot of creativity,” Todt said. “Who could have guessed one year ago, when we met in Paris, that we would have three grands prix in Italy, back to back on the same circuit in Austria, in Silverstone, original racing in Bahrain, a grand prix in Turkey, so that is really a credit to Formula 1. I want also to highlight the role which was played by Chase Carey and his leadership, of Formula 1, working with the FIA, when you see what has been achieved to limit the people (who are) victims of COVID-19 in motor racing.

“But unfortunately it is not over — it is not like the season is ending and we start from a (clean) piece of paper, because lockdown is still going to happen, confinement — the virus is there. There has been progress, we are expecting a vaccine, so it will be good for the population and good for the planet to be able to enjoy that, but I am sure that … we will hear quite a lot of potential changes on the different calendars, not only Formula 1 but on other calendars.

“So if I had to commit on a back to kind of normal, even if I feel it will be a different life after the COVID-19 crisis, I think half of (2021), in my opinion, will not be as we could have expected to have in a normal season.”

IndyCar has already made changes to its 2021 race program, while from an FIA perspective the Formula E schedule has also been revised after the first round in Santiago, Chile — originally scheduled to take place this month — was postponed until a later date. Formula E is currently slated to launch its season with a doubleheader of races in Diriyah, Saudi Arabia on February 26-27. 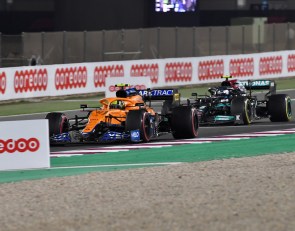