Following a successful first season of the Dinner with Racers television series, the adaptation of the long-running podcast is back on Amazon’s Prime Video for a second year.

Available now, the first episode, ‘June, 2020’ is available for any member of Amazon Prime via the Prime Video service, with several more episodes slated for the coming winter off-season.

Originally starting as a podcast in 2015, Dinner with Racers is exactly what the title insinuates, with hosts Ryan Eversley, a factory driver for Honda Performance Development in the professional sportscar ranks, and Sean Heckman, a long-time motorsport PR and marketing professional, leading unscripted conversation over a meal away from the track. Previous podcast dinners have crossed a number of motorsport spectrums, from legends like Mario Andretti and Tony Stewart, to more behind-the-scenes engineers, media members, and occasional controversial figures.

Adapting to television in 2019, the series takes the foundation of meal conversations to a documentary format, meeting with a number of guests to tell some of the most unique stories in the sport, from the Jamaican racing scene, to the legend of Smokey Yunick, the history of VIRginia International Raceway, and even Tim Richmond’s most infamous prank.

In their first episode of Season Two, titled ‘June, 2020,’ the hosts take a six-week, 15,000 mile road trip to visit a variety of race tracks across the country to learn just how the current health crisis affects different track types while in shutdown. From examining the local political culture, to ownership models, the 50-minute piece is a conversational look at just how each track has had to adapt and what unexpected concerns they share.

“It goes without saying this year has been a challenge for everyone,” stated co-host Ryan Eversley. “We normally produce this series over the course of the year as we balance it with both of our racing schedules, however in 2020 we basically had a one-month window in June to do everything we could before the racing season went back to full swing. Our first episode is one we’re especially proud of as without tracks there simply isn’t racing, and we wanted to really understand the seriousness of the position many of these businesses are in. We couldn’t be more appreciate of everyone at Continental Tire for their long-time support, Acura for letting us abuse the MDX for 15,000 miles, and our newest partner with Valvoline.”

With the first episode available now, the series will feature four additional episodes throughout the racing off-season, repeating their 2019 precedent of variety, including animated episodes, a look at a notorious historical figure, and more. 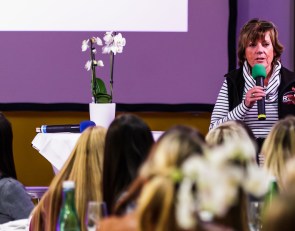 The Week In Sports Cars, Jan 14 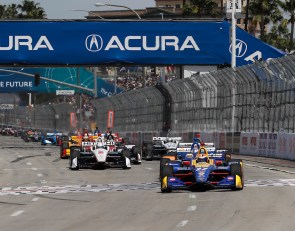