Q: Watching the series finale at St. Pete, I made the following observation: in Newgarden and Dixon, it is clear that I was watching the two best active drivers. The story in qualifying was all about the young guns, a resurgent Andretti team, and another qualifying clinic by Will Power; however, one by one, all of the drivers folded in one way or another while Newgarden and Dixon carved through the field to get to the top spots. There isn’t any doubt in my mind that Dixon and Newgarden are absolutely the most complete drivers that we have seen for many years. By ‘complete’, I mean that they have speed, mental fortitude, and can win in any conditions or track type. I don’t think there are too many drivers who I would also call complete. In recent memory, I think you could put Franchitti, Montoya, Zanardi, de Ferran, and Bourdais in this category.

Contrast that with someone like Power, who I think is really fast but strikes me as severely lacking on the mental side of the sport.  Other guys who are/were fast but not complete would include Castroneves, Kanaan, Pagenaud, Tracy, Michael Andretti and Hunter-Reay. In the right conditions, these guys are all winners and world-class drivers, but it seems to me that the difference from the complete drivers on the first list is the ability to handle whatever is thrown at you and still come out on top. Complete drivers will simply not be denied winning over the course of time.

I am hopeful that some of these younger drivers will enter that category. Colton Herta strikes me as having the speed and mental chops, but time will tell. I think Rossi still has the opportunity to get into that elite category, but he needs to do it in the next year or so. Do you agree with my characterization, and who would be on your list of complete drivers, past or present? (Please can we keep it in the modern era of IndyCar, say, the 1990s and after.)

RM: Michael Andretti was as tough mentally as he was to beat on the track so I disagree with your assessment of him, and I think Pato O’Ward and Herta both have the chops and smarts to be in that conversation some day. Dixon has always possessed a cool demeanor regardless of the situation, while Newgarden has matured under Team Penske.

Q: Hope St. Pete confirmed for everyone you don’t need double points for the finale. Do you think IndyCar understands that?

RM: I think one key person in IndyCar understands it and hates double points in the season finale, but it’s probably up to The Captain to say if it stays or goes away forever. But just as an FYI, Josef would have scored 101 points on Sunday and Dixie 70 so he still wins the championship – by one point.

Q: Josef showed us hat he can win races with his raw pace and not just through Penske strategy and quick pit stops. My wife always tells me that the reason she’s not a big Josef fan is because it’s hard for her to tell if his wins are mostly due to Penske resources versus his raw talent. He proved on Sunday that he’s the best driver in the team’s current stable. Agree?

RM: There is no doubt he’s the face of Team Penske, but don’t forget he showed plenty of savvy driving for Sarah Fisher and Ed Carpenter. That’s what got him a ride with R.P., and he’s making the most of it.

Dixon got the better of him in 2020, but Newgarden’s work in IndyCar is far from done. Richard Dole/Motorsport Images

Q: Scott Dixon has now won his sixth IndyCar championship and is compared with A.J. Foyt, who won seven USAC championships. There is no doubt about A.J,’s dominance for the first six, but in 1979, with CART doing its own thing except Indy, he was basically in a class of his own in USAC. Do you think his seventh title is worthy in comparison with his first six or Dixon’s sixth? Hope to see your face again on TV in 2021!

RM: Obviously it was a depleted field in 1979, at least for the number of quality teams that could challenge A.J., and I’m sure he would admit that was his easiest championship. But he was USAC’s biggest name, and did what he thought necessary to try and keep it going and also add to his resume. And you can’t compare the days of Langhorne, Sacramento, DuQuoin and Springfield to anything after 1971, and nobody was ever better than Super Tex in the 1960s.

Q: Under the old CART points system, Newgarden wins the 2020 title by one point. IMO IndyCar needs a simpler points system that we can follow as the race unfolds. Do you prefer the CART system over the current one? While they are at it, they can get rid of double points, too.

RM: The current point system is fine as long as they leave double points out of the finale, and it seems pretty simple to follow so leave it alone.

Q: Marshall Pruett made a little comment at the end of his latest silly season article about a current star angling for a change in teams. My first thought was Rossi, and it seems I wasn’t alone. He’s my guy, and I’ve been so frustrated by all the times he’s had the weirdest little gremlins screw him in races. RHR has suffered from these things as well, so I’ve thought all year that Andretti had better step it up or if I were Rossi, I’d try to get out. IMO he’s the best driver in the field, and he deserves better. My prediction is he’s angling for that No. 10 car and Honda might help him get there? I know he signed a three-year deal last year, but am I onto something?

RM: I didn’t ask Marshall, but we both heard rumors that Rossi was restless and shopping around, and Ganassi’s No. 10 car would obviously be in play because it’s the best Honda available. But with NAPA and AutoNation and the team that gave him a chance, I can’t see him leaving Andretti. 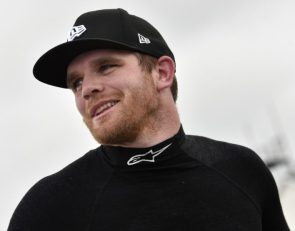 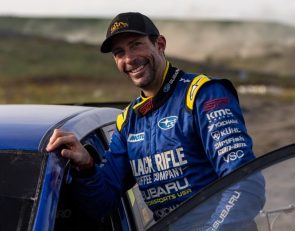