An intense season that ended just 92 days after it started with a high-pressure, action-packed final weekend of Global Mazda MX-5 Cup presented by BFGoodrich Tires competition. Capping off two races that settled the down-to-the-wire championship, the paddock population packed up, changed clothes, and headed to the Mahaffey Theater in St. Petersburg to honor and celebrate.

There was more on offer than just a Championship trophy, though, following the conclusion of the Mazda MX-5 Cup season. Numerous drivers, teams and crews were recognized Saturday evening not just for performance, but also for important contributions to the series.

The annual season celebration marked another chapter in Mazda’s unwavering support of its competitors’ careers, and Michael Carter (No. 08 Carter Racing Enterprises) continued that legacy, taking home the top prize as MX-5 Cup champion: a $200,000 career advancement scholarship from Mazda.

It was a big night for Carter Racing Enterprises. In addition to his fourth-place earnings, Thomas was named Rookie of the Year and received an additional $75,000 scholarship from Mazda for the 2021 MX-5 Cup season.

With both the Champion and the Rookie of the Year on its roster, it’s no wonder Carter Racing Enterprises was crowned Team Champions as well.

Elsewhere, the VP Racing Fuels “Clean Image Award” is given to the team that best demonstrates these qualities, and this year it went to Maverick, owned by Bryan Hixon (No. 63 Maverick) and managed by Shea Holbrook.

Then there’s the Spirit of Mazda Award, given to someone in the community who best embodies the seven principles of Mazda: integrity, flawless execution, continuous Kaizen, the challenger spirit, self-initiative, Tomoiku, and the view of One Mazda.

For this year’s Mechanic of the Year, the MX-5 Cup technical staff chose Kevin Stelly from Slipstream Performance.

The one and only award voted on by MX-5 Cup fans is the Mazda “Move of the Year.” Nominees were posted to the MX-5 Cup Facebook page a week prior to the finale and the public at large could vote on their favorite. Selin Rollan’s pass on the outside of Turn 12 at Road America was this year’s winner.

All together more than $430,000 was awarded on Saturday evening.

The full 2021 Global Mazda MX-5 Cup calendar will be released this week, and is anticipated to include a season-opener at Daytona International Speedway, just 94 days from today. But, as the teams, organizers, and drivers have shown in 2020, they are already ready for what is next. 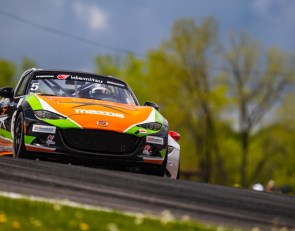 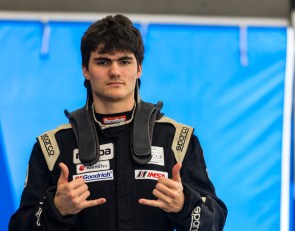