The quarter mark of the Le Mans 24 Hours has been reached and we are under safety car for the first time as the hour ticks over. This is because the No. 52 AF Corse Ferrari of Alex West had a big off at the Porsche Curves, the Swede side-swiping the barriers mid-spin. This caused severe damage to the 488 GTE, which was crabbing as it moved behind the wall, it looks to be a certain retirement.

Safety car out as #52 @AFCorse crashed into the wall at Porsche Curves. 😢😢😢#LeMans24 #WEC pic.twitter.com/5nQKYN6rMY

We don’t yet know how this safety car will change the order in each class, as many teams are opting to pit as the race is neutralized. Thus it’s more notable to discuss incidents.

Earlier in the hour another Ferrari 488 GTE was in the wars, Duncan Cameron having an off in the climb up to the Dunlop Bridge after he was allegedly tagged by another car in the No. 55 Spirit of Race example. Cameron’s teammate Matt Griffin believed it was a prototype that tagged him, but was unable to confirm this when interviewed by WEC TV.

Either way, the car suffered rear-left and left-hand-side damage and a broken rear wing and requires a lot of work. “It’s destroyed our race,” Griffin said in reaction to seeing the car after Cameron limped back into the pits.

The No. 8 Toyota is also known to be suffering from a minor issue, a brake duct fault which the team cannot repair easily. It hasn’t affected the car’s race too much; in fact, before the safety car the gap between the two leading Toyotas had actually shrunk to just a few seconds from over half a minute after a slow zone cost the leading No. 7 Toyota time.

At Porsche, after the No. 92’s woes in the previous hour, the team managed to get the car back out after fixing the power steering issue.

As the race enters its seventh hour the classes look like this:

The No. 7 Toyota leads the No. 8 Toyota in LMP1, the No. 37 Jackie Chan DC Racing ORECA leads LMP2 ahead of the No. 26 G-Drive Aurus and the pair of United Autosports ORECAs.

It is a 1-2 for AF Corse in GTE Pro, with both Aston Martins sitting third and fourth. GTE Am is all change, yet again, the order looking more like it did in the opening hours with the No. 98 Aston Martin leading the TF Sport Aston Martin. The No. 75 Iron Lynx Ferrari is now third, an impressive run so far for the ELMS team. 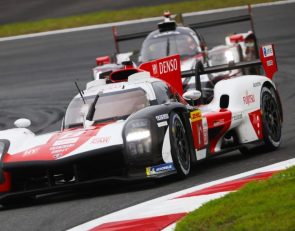 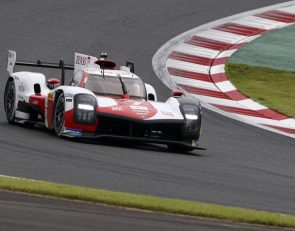