On lap 16 of the Foxwoods Resort Casino 301 at New Hampshire Motor Speedway, Busch cut down a tire and slammed the Turn 3 wall. As he limped his damaged Toyota Camry toward the garage, Busch told his team, “just (expletive) go home.”

The dog days of summer continue to hound @KyleBusch.

His day is done at @NHMS. pic.twitter.com/ov3JIH1vZY

Busch was the first driver to retire from the race and finished last. He remains winless through the first 20 races of the season.

“I blew a right-front tire for some reason,” said Busch. “I have no idea why. Way too early in the going for anything to be wrong or even to build enough brake temp or brake heat. I don’t know. Just hate it for our Pedigree team, and the fight that we’ve been having this year seems to be continuing. Last time I was here in a Pedigree car, we blew a right-front tire for no reason as well too. It just seems to be our luck with the Pedigree scheme for some reason here at New Hampshire.

Crew chief Adam Stevens called for someone to find a Goodyear representative and come to the team’s garage stall.

The 18-car of @KyleBusch ran over some debris at @NHMS and had a cut in the tread of his RF tire, causing him to hit the wall. @JoeGibbsRacing

Earning one point from his finish, Busch dropped one position to 13th on the playoff grid with a 94-point advantage on the cutline. 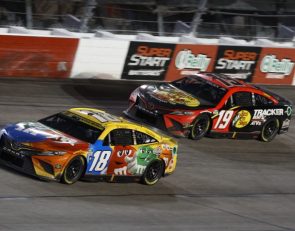 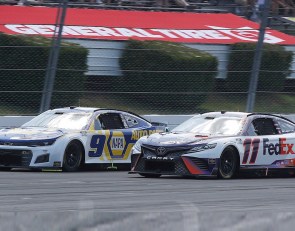 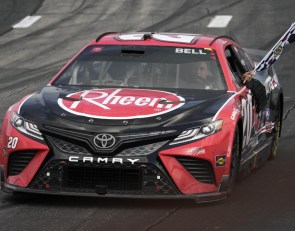