Identified by Team Penske’s Will Power as a talent worth developing after witnessing his speed and racecraft in karting, Rowe was invited to IMS to demonstrate his skills and aptitude. Running all alone on the warm and humid day cut short by showers, the 20-year impressed Power and others.

“It was really hot and he was out there by himself; but if you look at the video and his lines, he was doing really good,” the 2018 Indy 500 winner told RACER. “Working with the guys at Cape, everyone was impressed; he didn’t put a wheel wrong all day.

“I think the next step would be for him to do more testing and then do a race to see where he stacks up. That’s my recommendation.”

Power also observed all of Rowe’s discussions with the team about the Tatuus USF-17 chassis.

“I stood behind Myles in all the debriefs and listened in on the radio the whole time. His feedback was really good,” Power said. “He hit all the apexes, used all the right curbs, and … the biggest transition for a kid coming out of karts into a car with wings and downforce is the brakes. He hadn’t been in a open-wheel car for, like, two years, so he needed some time to get comfortable.

“In the beginning, he was using maybe 50 percent of the braking force needed in a downforce car. (But) once he had more time to learn and adjust, he was using the right force and was right there.

“Really impressed with the Cape team, too,” Power continued. “They know their business. Overall, the day came together quickly, we’ve kicked things off, he was quite good, and now it’s figuring out the next step.”

Rowe did his best to overcome two years of inactivity and reward the faith shown by Power, IndyCar and Speedway owner Roger Penske, IMS president Doug Boles, and the Cape Motorsport team.

“Things went well as a general consensus, but I’m super hard on myself in everything I do. The first two sessions I was up to speed pretty fast, but I was rusty,” he said. “I knew I could go fast, (knew) where I needed to be on the throttle earlier and braking later. Every time I came in, I looked at my data and improved the next time out. But I don’t like excuses. I was trying too hard in the beginning, and then it started to come more naturally after my first few runs.”

After receiving positive feedback from all involved, Rowe says he hopes to get more chances to test and hopefully race in the coming months. Until then, he’ll return to New York and prepare for the resumption of college, where he studies film.

“The Cape team said I should be proud, and I thanked them on my last lap,” he added. “On the way in, I was looking at the stands, and took a moment to let everything we’d just done sink in. Being at Indianapolis is always special. Will said he was happy with the day. But I don’t let myself believe things like that; it’s not how I think, because I don’t want to be happy with my performance.

“We’re hoping to do a few more tests, but there’s nothing for certain. I got the rust off, and feel like if I’m going to represent what I hope to represent in this industry, I would want to do more testing and get more time in karting and get myself fully ready for the challenge.” 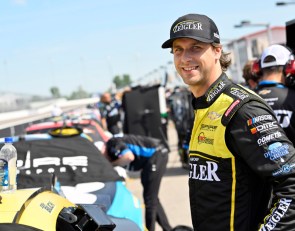 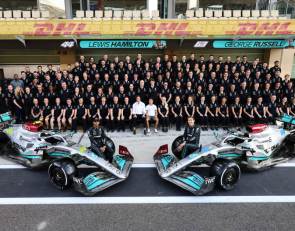