Veteran vintage racer Jim Pace reportedly escaped unscathed from a spectacular crash of his 1974 Shadow DN4 Can-Am car (pictured above) during a qualifying session at the WeatherTech International Challenge vintage race meeting at Road America. As shown in the amateur video below, Pace was closely following another DN4 being driven by Craig Bennett down the main straight when the car flipped at high speed.

Although the car suffered extensive damage, Classic Cars Journal reports that Pace walked away from the accident. It quotes an eyewitness, local Wisconsin radio personality Steve Zautke, as saying Pace’s Shadow “flew straight up, did a half turn, landed on the roll bar and skidded for 150 yards.”

Shadow is the featured marque of this weekend’s 50th anniversary WeatherTech International Challenge, and a number of the Shadow Formula 1, Formula 5000 and Can-Am cars built and entered by the late Don Nichols are being displayed and raced at the event, which continues through Sunday. View a gallery of images from the meeting at VintageMotorsport.com. 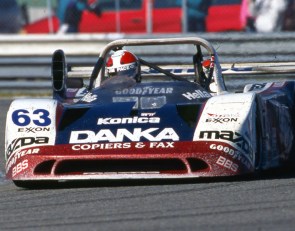 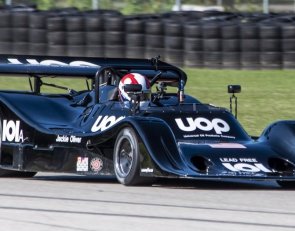 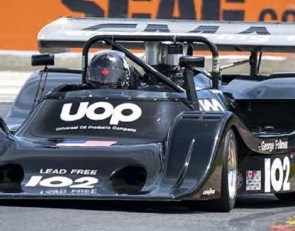