The 65th running of the WeatherTech Chicago Region June Sprints, part of the 2020 Hoosier Racing Tire SCCA Super Tour, opened Saturday with 25-minute races for just short of 500 competitors who couldn’t wait to get out on Road America’s 4.048-mile, 14-turn circuit. Of course, races at the legendary track this weekend have special significance as Road America will host the 2020 SCCA National Championship this fall. So those who come out on top this weekend will likely be considered favorites to claim a Runoffs® win later in the year.

The first race group of the day included an exciting battle in the Touring 3 class. Breton Williams was on pole in a Nissan 370Z, with the Nissan 350Z of Derek Kulach right beside. But it was Jason Ott, driving the No. 99 Apex Motorsport/Hoosier/BimmerWorld/BimmerHaus BMW Z4 M who led the first lap.

Kulach and Williams swapped the second spot a few times while reeling in Ott. There were moments it seemed the lead was a possibility for Nissan, but Ott drove with great skill and brought home a win.

“I got a good start and was able to get down to the inside to get by everybody,” Ott noted. “I was able to get a gap, but those Z cars handle well and are really strong on the back side of the track. So, I just had to gap them on the front half of the lap, and maintain on the back half because I knew I didn’t have anything for them. Derek and Brenton raced me clean, and it was a super race.”

Super Touring Under (STU) and Super Touring Lite (STL) produced some exhilarating competition Saturday. Anthony Geraci, driving a Lotus Exige, had the STU pole. But it was David Fiorelli, in the No. 190 Subaru BRZ, who led the first couple laps before relinquishing the spot back to Geraci. A couple laps later, Fiorelli was back up front and had Geraci’s bright, yellow car on his tail the rest of the race. Holding strong, Fiorelli didn’t flinch again and came home with a victory.

“I got off to a good start, but I did lose the lead at one point when I went off track at Canada Corner,” Fiorelli admitted. “I had to catch him and do it all over again. I got to tell you, he made me work for every bit of this win. That was a heck of a race.”

Meanwhile, in STL, Joe Moser led every lap in his No. 36 Hoosier/King Motorsports Honda CRX SI. But that doesn’t mean he was always in the lead. Danny Steyn, in a Mazda MX-5, was alongside Moser at times on straightaways, and even had the front position after some corners. However, Steyn faded toward the end of the race and Moser earned the win.

“Danny is one heck of a driver. That was probably the most fun I’ve had in some time, just battling back and forth,” Moser said. “I can’t say enough about that race. That was a really, really fun time out there.”

The distance from Road America’s final corner to the start/finish line is approximately 3,500 feet. After 25 minutes of racing Saturday, that last 3,500 feet made all the difference in a couple amazingly close finishes. For instance, five drivers were still in the hunt Saturday for a Formula F (FF) victory as the group curled around Road America’s last couple turns. Jackson Lee, in a Mygale SJ13, had started the last lap with the lead, followed by the Mygale SJ12 of Simon Sikes and the Honda-powered Piper DF3D of Tim Kautz. Jeffrey Bartz, in a Honda FF Van Diemen, and Robert Perona were in the mix, too. By the end of that final lap, the winning margin was only .013 second, and the top five finishers were covered by only a half second. It was Robert Perona’s No. 73 Bell Helmets/Sparco Piper DF-3 that crossed the line first.

“I’ve got to hand it to those guys. They race so hard and so clean,” Perona said. “I just pulled off the win by a nose. It was crazy.”

The final 3,500 feet also created a great deal of excitement in the Formula Vee event. Just like the FF race, five competitors were capable of claiming victory as they climbed the hill from the final corner to the finish line. There were two Whitstons, driving Protoform P2s, two Abbotts in Vector AM-1s, and the Mysterian M4 of Hunter Phelps-Barron. Less than half a second covered those five at the finish, and it was the No. 2 Rocket Motors/Subway/WMA car of Zachary Whitston who was out front.

“Going into the last corner, I just saw Abbotts all in my mirrors. I thought I was toast,” Zach said. “I was able to get a really good run out of the corner and it worked out. It was awesome.”

The atmosphere at Road America will be electric again Sunday morning as the Hoosier Super Tour WeatherTech Chicago Region June Sprints resumes action with 13-lap races scheduled throughout the day. Follow all the action live at www.scca.com/live. 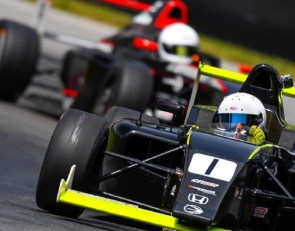 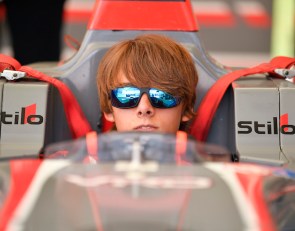 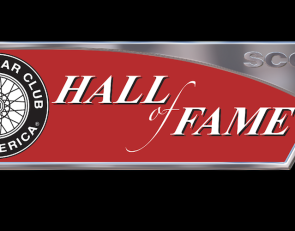