RACER conducted a second audience survey from May 7 through 10 to gauge whether their sentiment on motorsports amid the COVID-19 pandemic had shifted over the ensuing 15 days. The period saw some easing of stay-at-home orders in a number of states as well as announcements from both NASCAR and IndyCar that some modified resumption of racing would begin by the second half of May. However, that uplifting news was tempered by an announcement during the same period that some events around Monterey Car Week in August were canceled.

The recent survey was made up of eight questions, including two new questions about audience confidence and monthly spending. With a pair of notable exceptions, four of the six questions featured in the original survey all tracked within three percentage points on the follow-up survey.

The first significant deviation came on question number 2 that asked, “Have you found Eracing to be entertaining?” Initial enthusiasm waned by 5.8 points with 49.3% answering positively this time versus 55.1% the first time.

A bigger deviation from the initial survey is found on question 3 when asked, “When do you think it’s appropriate for the major series to back to racing?” Given the easing of stay-at-home orders and the aforementioned announcements, it’s not surprising that 46.9% responded, “Now, but with social distancing measures in place,” versus 27.3% who answered the same previously – a 19.6-point increase.

Broadly speaking, RACER’s audience remains mostly upbeat with 54% saying that they are as optimistic as ever about motorsports. Just over a third state that while their love of motorsports continues, they are currently more concerned with our health and safety. Only 9% say that their enthusiasm for motorsports has declined since the virus outbreak in the U.S. Those numbers are nearly identical to the responses given in the first survey, although the phrasing of the question differed asking, “Has the pandemic changed your outlook on motorsports?” in the second survey compared to “Has your engagement with motorsports changed during the pause in racing?”

The question about the likelihood of live racing returning to pre-pandemic normal this year yielded nearly identical responses across both instances of the survey with 49.9% answering, “It’s unlikely,” as compared to 49.2% previously.

Question five asked about the acceptance of races taking place without a live audience and the answers reflect a tip toward the begrudging reality that this may be the only way for racing to take place this season. Initially, 68% offered that while not ideal, it would be better than nothing. An uptick of 3 points now brings that number to 71%. Likewise those who believed that under no circumstances should races be run without a live audience saw a commensurate drop of 3 points to just 5% who believe it would be an unsatisfactory option.

The prospect of fans returning to events once they are allowed to remain robust with over half saying they definitely will. In fact, that answer saw a 1.7-point lift. Some 37% say they will also attend races in the future, albeit with extra precautions, dipping slightly from the 40% who fell into that category before. Presumably some of those have migrated to the, “Definitely will” category while some have slipped into the “doubt it” category accounting for its 1.6-point increase to 8%.

Finally the two additional questions attempted to get a bigger picture assessment of the situation for RACER’s audience. Their outlook for the next six months since the pandemic began reveals that 44.3% are neither optimistic nor pessimistic while 30% favor a increasingly optimistic outlook. Only a quarter of our audience take a dour view of the next six months citing that they are increasingly pessimistic. When it comes to spending on non-essential items, the results fell mostly in line with expectations. 61.3% say they are spending less with 31.3% reporting that their spending is the same.

Complete results for all surveys: 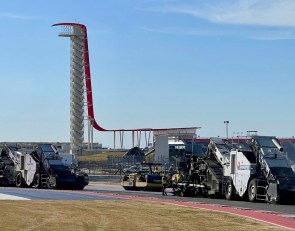