The story of a lifetime

The story of a lifetime

Do you know Bob and Patty Tunnell? Do you really know them? Perhaps it’s time to look beyond the record book …

The Tunnells are SCCA legends, although they’ll never admit it. Case in point, when I asked them about their 2020 induction into the SCCA Hall of Fame, Patty’s response was quick: “It’s crazy to me that a person would be recognized for just being who they are.”

Yes, Patty and Bob are who they are. Yet, while they may be humble, the Club – and, as of late, a group in a very unfortunate situation in Afghanistan – are reaping the benefits.

This raises the question: Who are Bob and Patty Tunnell? For starters, their list of SCCA accomplishments is never ending, and it’s probably an understatement to say that they’ve won it all. The couple began autocrossing in the mid 1980s, with Patty claiming the first SCCA Solo National Championship title for the duo in 1990; Bob’s first title came in 1992. Today, the Tunnells have amassed a blistering collection of more than 30 Solo National Championship and ProSolo titles.

Patty at the 2018 Solo National Championships. Image by Rupert Berrington

Furthermore, both Bob and Patty are tied with Mark Daddio for the most Solo Nationals wins in different categories (the Tunnells have won in Stock, Street Prepared, Street Modified, Prepared, and Modified), and Patty has won the most championships of any competitor in different classes (tallying 11). Patty also sits atop the listing for the most Solo Nationals trophies and longest trophy streak. In all, Patty has an amazing 15 Solo National Championship titles to her name; Bob “only” has seven. Combined, the power-couple has also scored 11 ProSolo titles.

Familiar sight: One of the Tunnells (this is Bob) on route to a Solo victory. Image by D. E. Baer

And it doesn’t stop there. In 2002, Bob and Patty were presented with the Solo Driver of Eminence Award, and Patty also received the Roger Johnson Spirit of the Sport Award. In 2007, Bob was presented with the Solo Cup, the sport’s highest award. They’re both Silver Circle members (meaning they’ve competed at 25 or more Solo National Championships), and Bob is credited with the creation of the Old Fartz in 1995, which was designed to grow the sport through mentoring. Along the way, Bob has also served on the Solo Events Board, the SCCA Hall of Fame committee, and has been Chief Steward for the Tire Rack Solo National Championships. Then, in 2020, Patty and Bob were inducted into the SCCA Hall of Fame.

Autocrossing isn’t their only specialty, either. While Bob most recently assisted in the reinvigoration of SCCA’s Time Trials program and Track Night in America Powered by Tire Rack, in the late 1990s, before the couple created Bimmer Haus, the BMW performance shop they opened in 2001, they also tried their hand at SCCA Road Racing.

“In ’97, we were autocrossing, and we knew Jim Leithauser really well – he worked at SCCA,” Bob explains. “He had an ITA Honda CRX, and one of his favorite things to do was to let people take it out at a track day and drive it to see what they thought.”

The Tunnells were all in, racing in Showroom Stock and Touring. Patty competed at the SCCA National Championship Runoffs twice, while Bob competed three times, scoring a best finish of fourth. Patty’s road racing came to a close following an unrelated brain injury – “I had to learn how to drive again, and how to cook,” she notes – and soon thereafter they hung up their road racing gloves.

Bob’s blue BMW is in there somewhere! Hectic Touring 2 action at the ’98 Runoffs. Image by Ken Brown

I’ve undoubtedly missed many details of their SCCA careers, but it hardly matters. You see, this isn’t a story about their motorsport accomplishments. Instead, I want to tell you something very special about the Tunnells.

“My life started when I met Patty,” Bob says as the couple chats with me from their Bimmer Haus shop, located just outside of Denver, Colo. “I was 16-years old – I’ve been with her 51 years now. I barely remember life before we met. That’s kind of the starting point for me. That was back in the day after Christmas 1968. We ended up riding the bus together with our high school group from our church from Portland to Santa Barbara, Calif., to attend a convention — a Grace Gospel Fellowship Convention associated with our church.”

“There’s the beginning of the love story,” Patty laughs.

“Yeah, that’s the beginning of the fairytale,” Bob agrees, adding, “but when we’re talking to other people and being really honest about things, it hasn’t actually been a fairytale. I just want people to know that when you’re together 51 years, when you start out when you’re 15 and 16 and you make it into your 50s, a lot of changes take place.”

It was at this point in the conversation that I knew this was not a story about their autocrossing accomplishments. And their story kept getting better.

“We worked together,” Bob continues. “I was at Warren Miller Films – we were both at Warren Miller Films for a number of years. I think we viewed it as the job of a lifetime when it was going on. I got hired by Warren Miller’s son, Kurt, and his business partner. They were looking to buy the company from Warren himself. They were both outstanding sales and marketing guys, and they needed a good administrator to help run the company so they could be out selling everything.”

Obviously, this wasn’t Bob and Patty’s first job. Patty had worked in bill collections at Sears, while Bob had done a little bit of everything, from mounting ski bindings, to building houses, to remodeling concession stands at what is now Pacific Raceways. But it was at Warren Miller Films that the two got a taste of working together. It was also when the couple moved to Southern California, and then, ultimately, to Colorado, when they relocated the Warren Miller outfit.

Following this job came the creation of ProParts USA. “It was a joint venture with Craig Nagler and T.C. Klein,” Bob explains. They hired me to put together the website and catalog, and to help with their marketing plan. We then hired Jim Leithauser.

“Ultimately, Craig and T.C. decided to part company, and I was left not being sure what to do,” Bob chuckled. “I loved cars, and I loved working with T.C. and Craig and seeing how those guys approached racing and motorsports with a very high level of professionalism. I wanted to do that, but I didn’t know exactly where to start.”

During the Christmas season in 2000, Patty and Bob went to a BMW Club banquet, and this was where he discovered a local BMW shop was for sale. “We got out-bid by some really deep pockets,” says Bob, “but the mechanics of the shop came to me and said, ‘Hey, we really want to work for you because the new owners are going to turn this into just a regular old hot-rod shop, and we’re BMW guys. If you go rent a building, we’ll come to work for you.’

“Jim Leithauser really liked that idea, so he and I, with a clean sheet of paper, bought two units of an old envelope manufacturing company and opened Bimmer Haus in July 2001,” Bob continues. “This is going to sound really corny, but it’s the absolute truth: We spell it B-i-m-m-e-r H-a-u-s, but I have always had this phrase in my mind that this is the house that Solo built, because when we started autocrossing in 1983, ’84, ’85, every time we bought a car and raced it, we would sell it, make a little money on it, buy another car, and we continued to upgrade from a Scirocco to a Rabbit to a Jetta to a 16-valve Jetta. Then T.C. got us involved in BMWs and it was a 318 to the M3. 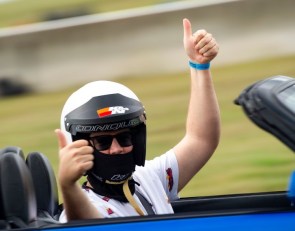 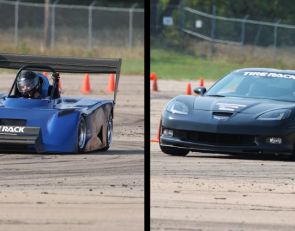 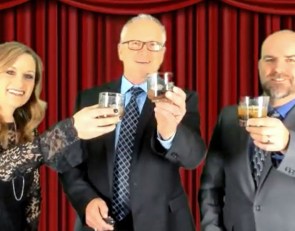