Runoffs Binge Watch: Top 10 memorable Runoffs of the past 10 years

Runoffs Binge Watch: Top 10 memorable Runoffs of the past 10 years

No live racing. No chance to go racing. And no way to get our racing fix.

We can help on the last one Did you know that every SCCA National Championship Runoffs race since 2009 is available on SCCA.com? By our math, that’s just about 11 consecutive days, with no sleep, available to watch non-stop.

Odds are you won’t watch every single one. But here is one person’s opinion of 10 (with some bonus links) of the most memorable Runoffs races of the past 10 years to self-quarantine with.

If you need more to watch, get them all here. 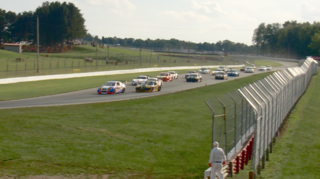 Before Trent Hindman was crowned the IMSA GTD class Champion in 2019, he was an SCCA Club racer. Running a Fall-Line BMW in GT-2 meant stacking up against Andrew Aquilante, who had grabbed two out of the previous three titles as a driver and whose car-building skills had helped elevate Phoenix Performance beyond their already stellar reputation. Mid-Ohio brought the two together in a battle of the titans, and they did not disappoint. A late-race caution was probably the only thing that could keep this race from moving higher up the list. 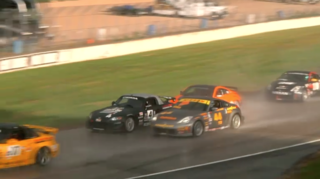 The weather during the 2011 Runoffs was unpredictable, at best. When the Touring 3 class came to the grid for the first race of the day, the radar showed the rain had stopped. Sure, it was wet now, and cold at just 45 degrees, but when it started to dry out the slicks would be correct call.

Except, that didn’t happen until the last third of the race. Kevin Fandozzi skated his front wheel drive Cobalt around the track where, eventually, Chris Puskar would catch up as the only driver on a rain tire. The race’s final corner was the decider. Spoiler alert: Fandozzi won the Donohue Award for his effort in that race.

Bonus footage: If you’re curious what happens when a race starts dry, the radar says it won’t rain, and the skies empty halfway through the race – check out the Touring 2 race from the same year here. 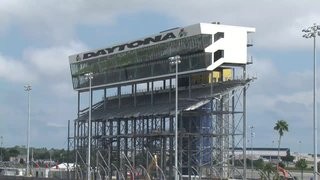 Daytona’s history is full of wild races, drafting battles, “the big one” and fist fights. The 2015 H Production race didn’t have a fist fight, but… well, let’s just say it was close. What it did have were three cars – driven by Brian Linn, Jason Isley, and AJ Hulse – come to the line three wide, make contact, and spin across the stripe for the checkered flag.

It was everything you’d expect from the “World Center of Racing,” and a little more. Linn crossed the stripe first and was declared a winner, another round of a four-year H Production friendly rivalry between Linn and Isley. 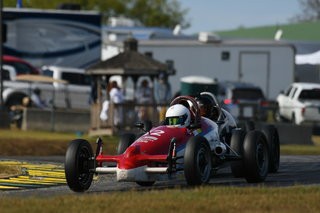 This race comes from the most recent Runoffs, so call it an “instant classic.” VIR was full of fantastic races, so it’s not a bad time to revisit the whole list, but our favorite was Formula Vee.

It’s true, 24 starters is nowhere near a record for the class. And a long-time stalwart, we’ll also acknowledge that Formula Vee may not be considered the sexiest of SCCA classes. Trust us when we say, however, that the brother Whitston and Hunter Phelps-Barron put on a show.

It was older brother Andrew who took the win, but a margin of victory that was 0.097 from first to third – you know it was a special race. 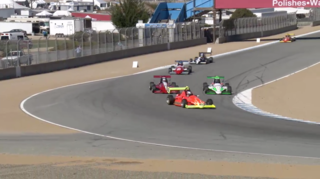 Formula Mazda’s fields had been shrinking for years as cars aged and other open-wheel classes were made more affordable. Even now that the class has been folded into Formula X for the 2020 season, there remains a passionate group of drivers and owners that champions the cars whenever and where ever possible.

The best way to understand their love for Formula Mazda might just be the 2014 race at Laguna Seca (Mazda Raceway at the time, now WeatherTech Raceway).

By then, the Formula Mazda race was combined with Formula Enterprises. And even though the FM field started second, they stole the show on the tv broadcast. Daryl Wills led Mike Anderson and Alan McCallum through traffic before those notorious Laguna sound limits reared its ugly head and caused a black flag for Wills. That didn’t stop the action, however, as Anderson and McCallum battled all the way to the checkered flag, where Anderson crossed first. 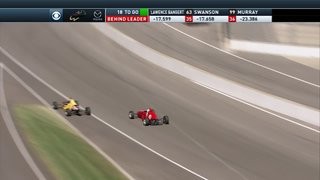 Five open-wheel cars, slicing and dicing, on the final lap and down the imposing front straight of the unparalleled Indianapolis Motor Speedway – the Formula F race in 2017 had everything for the full race distance.

At the end, however, it was Runoffs rookie and British phenom Matt Cowley who took the checkered flag – and it didn’t come easily. It was a 40-minute thriller that included the most action-packed final lap that anyone could ask for. 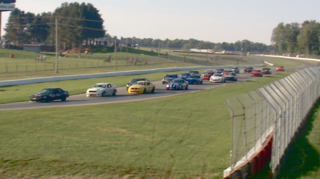 Some might call the 2016 American Sedan race more infamous than famous. There are many who would just as soon bury this race, never to be seen again.

But this list is the most memorable, and it certainly is that. Andy McDermid wins, somehow, after chaos ensues. Ed Hosni looked like a sure winner but broke with three corners to go. So we’re cutting Greg Creamer and Dorsey Schroeder a break for sounding confused on the call, because it was most definitely confusing. To this day, there are more questions than answers. If you don’t know, just watch to the end. 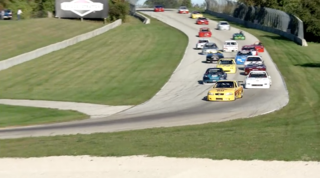 This 2013 GT-Lite race is most definitely memorable. Whether it’s a dream or a nightmare depends on how close you are to Bobby Lenz.

After Lentz led the opening 12 laps from the pole, Chris Bovis drafted beside Lenz coming up the hill to the checkered flag at Road America. We say “beside,” because he never went past him – except for just enough of his bumper to register a 0.009-second margin of victory. Yes, it was that close.

But that only tells part of the story. The year before, Lentz made his own charge through final corner in another GT-Lite thriller. Chasing Kent Prather, Lentz got a nose in front on the straight before ultimately falling just 0.023-second short – that race is available here.

For those doing the math, that left Lentz just 0.032s shy of two National Championships. Heartbreaking. 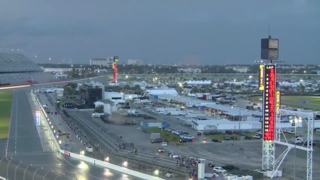 Other Spec Miata races had closer finishes, or tighter racing, or bigger surprises. But the first – and to date only — Runoffs race under the lights was simply thrilling.

If you weren’t one of the 61 participants at the race and were at Daytona, you were pressed against the fence to watch the race. Paying customer, crew member, participant in a race that was finished, racing later in the weekend – it didn’t matter. For 60 minutes on Friday night at Daytona, everything stopped to see history happen.

Jonathon Goring took the win as the little team that could. The fireworks show as he crossed the line was on par with any motorsports event anywhere. And for anyone who participated or saw it, it was an unforgettable race. 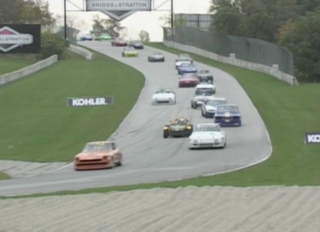 The 2009 E Production race began with a fitting tribute to an old friend, Tom Thrash, who the Club and the world lost that season in a tragic accident. Close friend Jesse Prather helped to organize a “missing man” pace lap, carrying the Texas flag in honor of Thrash.

Touching and poignant, but it also most certainly changed the outcome of the race. When it began to rain as the cars were on grid, it began to rain. Prather was on slicks, others – including eventual champion Sam Halkias, who put on a spectacular mistake-free drive out front and most definitely deserves his crown – were already on rain tires. Not wanting to give up his place on the grid and take away from the tribute to his friend, Prather stayed on slicks, spun in Turn 8, and then pitted after just two laps.

From there, it was a question of how quickly he could come through the field. Running as much as 14 seconds per lap faster than many of his competitors and flying through the field, Prather finished sixth and was the talk of the race.

Incidentally, Prather would storm through the field again at VIR on slicks after a spin, 10 years later, in another inspired performance that landed him on the podium – which is also available to watch. Lest he feel picked on, Prather took gold in 2006, 2007 and 2008 – it’s just that those videos are not on SCCA.com.

The SCCA is, above all, a place to connect with others that share our passion. For most of us, that means that, beyond these exceptions, the most memorable events are the ones that touched us personally. For those of us at SCCA.com, we point to two other memorable races – VP and Chief Operations Officer Eric Prill finally winning his F Production National Championship at Indianapolis in 2017 after several near misses (and again at VIR in 2019 with a true thriller), and SportsCar Magazine editor Philip Royle winning Touring 4 at Daytona in 2015. We know we’re biased—that’s why we didn’t include them in the countdown.