Chevrolet teams are starting from scratch, once again, in the NASCAR Cup Series and hoping for much better results this time.

In October, Chevrolet officials introduced a new iteration of its Camaro, the ZL1 1LE, that would be contested by its teams starting this season. The car is the second update Chevrolet teams have had in three seasons after the Camaro ZL1 debuted in 2018.

“From the numbers that I’ve seen and the goal that they wanted to achieve, it’s a perfect balance of what we need to help us at downforce tracks, short tracks, and also all of the superspeedways,” said Chip Ganassi Racing’s Kurt Busch, who believes the Camaro ZL1 1LE will be more efficient in side force teams are looking for. “I’m looking forward to every upgrade from Chevrolet.”

Little detail was offered in the announcement as to what will be different with this model. What was easy to see is how the nose of the Camaro has been reshaped from a pointed center to a more rounded look.

“I think the way the nose is now with the rounded structure, I think that’s going to help with pushing,” said William Byron of Hendrick Motorsports. “Then I really think some of the aerodynamic things that we learned from the previous car are going to pay off. We had a lot of people working on that [car] hard to make it better and faster than our current one, so I think it’s going to be really good. It’s hard to know exactly how it’s going to translate to the track but it already looks better for us.”

Seven-time champion crew chief Chad Knaus, of Byron’s No. 24 team, recently revealed to RACER that the car is “significantly different” than what teams had been competing with.

“It’s a completely different race car,” admitted Knaus. “I don’t think that there’s a component that’s the same. Now that being said, there are NASCAR mandated shapes that are consistent through all OEMs.”

Knaus further elaborated that “every component of the car is brand-new, so the body, the body structure is all new, and it looks really sharp. I think it’s going to be a good-looking race car.”

The need for an upgrade or a change of any kind had become increasingly apparent over the last two seasons. Chevrolet teams won just 11 of the last 72 races between six drivers. Four wins came in the Camaro’s first season. Chase Elliott was the only Chevrolet driver to have won multiple races in the past two years.

Part of the manufacturer’s downfall appeared to be the timing of the Camaro’s debut and the update on how NASCAR enforced the rules. The Camaro ZL1’s first season was also the year the sanctioning body began using a more thorough inspection system, which is now known as the Optical Scanning Station (OSS). The Camaro ZL1 appeared to be behind from the onset.

There have been no major changes to the inspection process the Camaro ZL1 1LE has had to take into consideration. In making the change, Chevrolet officials cited lessons learned from the production ZL1 1LE — labeled the highest performer within the Camaro production car line-up — being applied to the race car.

Another Hendrick Motorsports driver, Alex Bowman, and Busch’s Ganassi teammate, Kyle Larson, are two of the drivers who found victory lane driving the Camaro ZL1. Both Bowman and Larson acknowledged that no change is made without thinking it is for the better, although Larson expects some early growing pains.

“But I think once we get the balance where we need it,” said Larson, “yeah, it should be better I would think.”

While the changes might not be apparent to the naked eye, the expectation from all within the Chevrolet family is a significant change in performance.

“Once that car hits the racetrack, I think people will start to identify the things that are significantly different than last year,” said Knaus. “There’s nothing the same.” 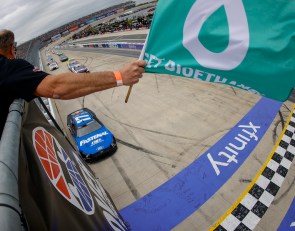 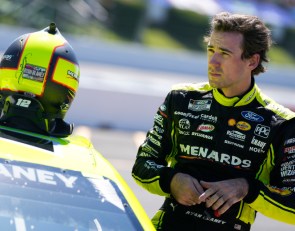 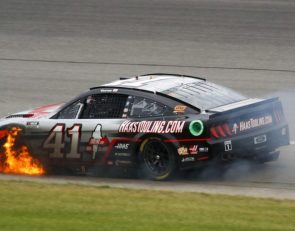