Chaves, the 2014 Indy Lights champion and 2015 IndyCar Rookie of the Year, will spend his first season of TCR competition with Norman, a fellow Indy Lights graduate, who earned two wins and eight podiums in three seasons with Andretti Autosport.

The New No. 88 Hyundai for Chaves and Norman brings BHA’s car count to three for the upcoming IMSA Michelin Pilot Challenge season. Elsewhere, all four of BHA’s 2019 drivers will continue with the team as it grows its footprint in the series. The defending TCR championship lineup of Mark Wilkins and Michael Lewis has been split, with Wilkins moving to the No. 21 Veloster N where he’ll lead rising talent Harry Gottsacker, and in the No. 98 Hyundai, Mason Filippi moves across to study under Lewis.

“Hyundai has very quickly established themselves as serious competitors in worldwide motorsports, across multiple platforms,” Bryan Herta said. “Bringing back our champions, Mark Wilkins and Michael Lewis, along with race winners, Mason Filippi and Harry Gottsacker, for another season was a no-brainer. Having another incredible pairing in Gabby Chaves and Ryan Norman is sure to make us even stronger this season.”

Facing a sponsorship deficit at the close of the 2015 IndyCar season, Herta consolidated his team with Andretti Autosport where future Indy 500 winner Alexander Rossi stepped into the seat Chaves was meant to keep in 2016. At the time, Herta vowed to find a way for the two to continue racing together at some point, and with the No. 88 Hyundai TCR entry, that promise has been honored.

“It’s so great to start 2020 on such a positive note and coming back to BHA is just awesome,” said Chaves. “Hyundai’s commitment to this program and the development of the Veloster N TCR really stands out, and to drive for them will be a career highlight. I can’t wait to see what we can accomplish together.”

For Norman, who was among a handful of drivers expected to land in IndyCar, the chance to continue his career in IMSA, while learning from Herta, is a bonus.

“Bryan Herta became a mentor to me while I drove at Andretti Autosport,” he said. “To join his team and race for BHA and Hyundai is such an honor. I got up to speed very quickly in the new car during a test just before Christmas and felt comfortable immediately. We will be in contention for race wins all year and that is a wonderful feeling going into a new season.”

Along with its IMSA expansion, BHA recently moved into the Speedway, Indiana, shop formerly occupied by the Harding Steinbrenner Racing IndyCar team where its IMSA team, and Hyundai Racing sales and support infrastructure for North America is housed. 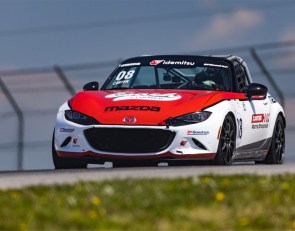 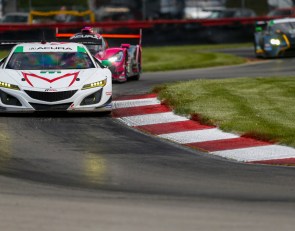