Carlos Sainz has scored his maiden Formula 1 podium finish as the FIA took no action after the Brazilian Grand Prix following its investigation into the Spaniard’s DRS use in the closing laps.

Lewis Hamilton originally crossed the line in third place and stood on the podium for the post-race ceremony, but he was under investigation for a collision with Alexander Albon and soon received a five-second time penalty. That promoted Sainz — who had started last — up to third, but the McLaren driver had used DRS under yellow flags after Valtteri Bottas retired, with Kimi Raikkonen reporting the incident just before the Safety Car was deployed.

RACER understands the FIA looked into Sainz’s use of DRS but found he slowed in that sector in response to the yellow flags and decided against opening an official investigation.

After his third-place finish was confirmed, Sainz was able to take to the podium with the rest of the McLaren team and celebrate the first top three of his F1 career.

Speaking before confirmation of Hamilton’s penalty, Sainz described his drive from last on the grid as special.

“It’s a special day for me, for the team, because we just did everything that we could do; we did it right, Sainz said. “Everything that was in our hands, we did it very well. It was maximum attack from Lap 1, the moves on (Sergio) Perez, the Alfas, the Haas — everything was just… I made it stick every time I could. One of those days as a driver where everything happens and clicks. Just very, very happy.

“We were the only car on a one-stop. That made me very vulnerable on the last two Safety Car restarts. I had no (tire) temperatures. I had the medium that doesn’t warm up very well, and Kimi (Raikkonen) and (Pierre) Gasly had on the soft tire — very fresh softs.

“I knew on the Safety Car restarts, it was all or nothing. And, in the first, I managed to pass (Romain) Grosjean who was in a vulnerable position like me, and then defend that whole stint and the second restart from Kimi (Raikkonen).” 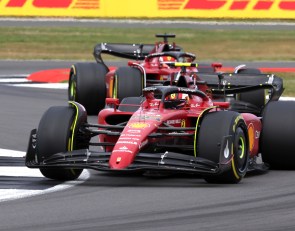 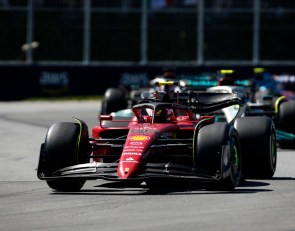 Sainz buoyed by feeling of being fastest on track in Montreal