More “Up, Up and Away” from VM’s Nov/Dec Issue

Image by Charles B. Camp

More “Up, Up and Away” from VM’s Nov/Dec Issue

Not many race cars survive 110 years, let alone ones that were as busy as the ex-Harry Grant ALCO. Between 1909 and 1911, the machine seen here in the hands of its current owner, Howard Kroplick, twice won the Vanderbilt Cup, America’s premier road race; twice won its class in the Dead Horse Hill climb; won several track races, and raced in the very first Indianapolis 500.

No wonder that in 1910, Grant decided to change its color from light gray to black and name it “la Bete Noire,” French for “the Black Beast.” It truly was an anathema to his rivals. He and riding mechanic Frank Lee also began wearing black sweaters when racing it.

Read all about this car and much more in Charles B. Camp’s informative and entertaining feature story “Up, Up And Away—U.S. Hillclimbing’s Heyday” in Vintage Motorsport’s 19.6 Nov/Dec issue. Purchase the issue or subscribe at vintagemotorsport.com. 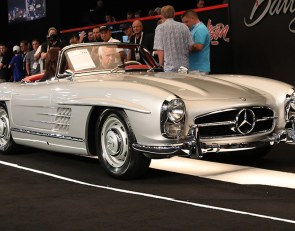 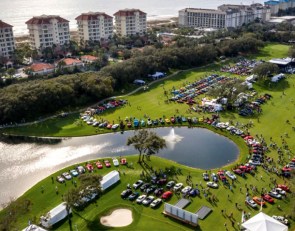