Three of Indy’s living legends were pleased to hear Roger Penske was the new owner of the Indianapolis Motor Speedway and NTT IndyCar series, but one was somewhat surprised because of his age.

“I’m at a total loss on this one, I had no idea it was going to happen and I’m extremely surprised, as old as he is,” said three-time Indy winner Bobby Unser, who is the same age (83) as his former car owner whom he won Indy for in 1981.

“I didn’t think he’d be looking at a major deal like this so late in life, but I think it’s great news for IndyCar racing in general.

“There’s nobody like Roger. He’s always working hard, got great business sense and giddy up and go like nobody else. He understands everything.”

Penske called A.J. Foyt early Monday morning to inform him of the deal.

“He said if there was anything I can think of to make it better then to please let him know, and I thought that was very nice of him and he sounded sincere,” said Indy’s first four-time winner, who is closing in on 85 years of age. “We were teammates for John Mecom a long time ago in sports cars and I feel like we both respect each other.

“I told him we’re not gonna be around forever. Hell, we’re both older than dirt. But he’s got a lot of energy and he’s a smart businessman.”

Asked what his old pal Tony Hulman might think about IMS being sold outside the family, Foyt responded with a chuckle: “He wouldn’t say much. I’d worry about Joe Cloutier (Hulman’s right hand man) more than Tony but he might roll over in his grave.”

Mario Andretti also drove for R.P. at Indianapolis and couldn’t restrain his joy at the news when R.P. called him Monday. “He’s a true racer who spends as much time as possible at all his disciplines (IndyCar, NASCAR, IMSA and Supercars) and nobody loves our sport more,” he said. “To put all his marbles into this is a benefit to all and the fans of IndyCar should rejoice.” 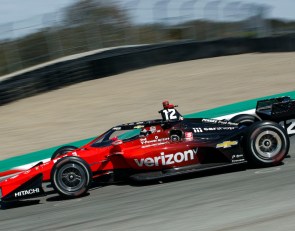