Liberty Media wants to simplify the governance structure in Formula 1 as part of its ongoing discussions with teams ahead of the planned introduction of new regulations.

A vote is set for Thursday on the financial, technical and sporting regulations for 2021, with a cost cap expected to be introduced as well as a radical change to the cars in order to make them better suited for racing. Speaking during a Formula 1 Group investor meeting, F1 CEO Chase Carey says part of the changes he’s hoping to implement relate to the governance structure, with numerous stakeholders currently involved in decision making through the Strategy Group, F1 Commission and finally the FIA World Motor Sport Council (WMSC).

“I don’t want to get into specifics of what we’re proposed to the teams but I think the primary goal is to simplify the governing structure,” Carey said. “I think today we feel we have a very cumbersome governing structure — there’s two layers of approval, very complicated votes, a lot of different parties that get involved.

“If there was one goal overriding in this — it’s a complicated sport with complicated issues already — it’s to simplify the decision-making structure so that we can move forward and not have the type of dynamics we’ve had to some degree in the past.”

With the 2021 regulations set to be finalized on Thursday, Carey is confident the teams will approve the sport’s future direction but warns any changes will not be immediate.

“Essentially, the five elements to the discussion we’ve been having with teams, three are regulatory — financial, technical and sporting — and then those three will be voted on tomorrow. So they include the cost cap and things like that — elements like that in finance. Technical regulations deal with aero of the car and things like that for the racing future.

“Two other elements are not subject to a vote — governance and profit-sharing. We’re in advanced discussions with teams on those. It ends up being 10 individual agreements with the teams. Certainly the whole process is in an advanced stage; those three will get voted on tomorrow, the others are more unilaterally within the teams.

“We feel good about the vote. We’ve gone through a long process, engaged with the teams, we took the WMSC through what’s been voted on earlier this month. I’m hopeful and expecting the vote to be approved but at the end of the day you don’t control a vote.

“I think having it done is a positive. I don’t know if it is a game-changing process, but it’s never done until it’s done. There won’t be a flood of things that happen behind it but I think it’s a positive step to go forward, just as I think it (has some) uncertainty. No matter how much we feel we’re in a good place, we’ve had agreement with the teams for a long time on the goals we’re trying to achieve but with 10 teams, every team has its own twists and turns on specifics. 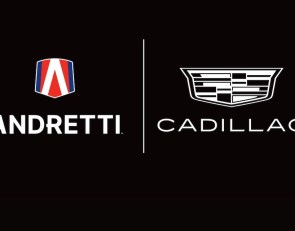