Haas closing in on Kubica deal

Haas closing in on Kubica deal

Haas is closing in on a deal to sign Robert Kubica as a test and simulator driver in 2020 once the Pole leaves Williams.

Kubica announced he would not be staying at Williams during the Singapore Grand Prix weekend, leaving the team after one year racing back in Formula 1 following a remarkable return from injury. Kubica had tested for Renault before taking on a reserve driver role at Williams in 2018, and with his experience Haas team principal Guenther Steiner says the Pole could be a good asset.

“Yes, we are speaking,” Steiner said. “We were speaking about a role in our team as a test (driver) and need to develop the simulator still. We are at a decent point but we need to make the next step as well. He is for sure one of the most qualified to do that. That’s what we’re discussing.”

Steiner says experience is an area that Haas needs to address in terms of its non-race drivers, having struggled to solve a number of performance issues during this season.

“It’s a part we really need to improve on. Once we get into the position with the tires, like it was this year, that we know that we can work also not only on the racetrack where we know what is going to happen but get in the sim to see how we can avoid these things.”

With Kubica having raced in F1 this season, Steiner says he would also be likely to get a number of test and Friday outings to support his simulator work if he joins.

“If it works, for sure, a simulator driver, they all have in-car time as they need to correlate the sim work with what the car is doing, otherwise there’s no point … I cannot say (how many Friday drives) yet. We’re still talking. It’s not a done deal.”

Pietro Fittipaldi is currently the Haas test driver but he does not hold the required FIA Super License to race in F1. 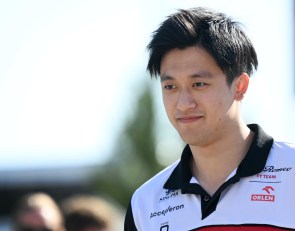