Mercedes will not be fooled into thinking it had the fastest overall package at the Russian Grand Prix despite securing a one-two finish, according to team principal Toto Wolff.

Lewis Hamilton led home team-mate Valtteri Bottas in Sochi after Sebastian Vettel’s retirement resulted in a Virtual Safety Car that helped the pair to get ahead of pole-sitter Charles Leclerc. But mindful that Ferrari won the previous three races, Wolff said the result in Russia is a sign of how the team must keep trying to extract maximum performance from its current package even though it appears it no longer has the quickest car.

“We need to be self-aware now – from pure speed, we didn’t have the performance this weekend,” Wolff said. “And there are many areas on which we need to work on to get our performance levels back.

“But equally, the Sunday result shows you must never give up, even if you go into the race with a package that is not the quickest. If you do things right, all of those things, the drivers, the engineers and the management, then you can still win races. You’ve got to finish.

“[Ferrari’s] straightline performance is certainly a big factor in their current level of performance, and Valtteri just did a brilliant job in holding (Leclerc) behind him, and had the pace through the corners to just edge out of the main straight before the DRS was allowed. And it was two-three laps that Valtteri was able to hang on, and probably Charles’s tires were shot.”

Wolff was praising Bottas after the Finn held off Leclerc on the same tire in the second part of the race, and believe his own team’s offset strategy – starting on medium tires – would have allowed it to put pressure on Ferrari even without Vettel’s retirement. However, he conceded that Bottas’ defending showed that overtaking would have been extremely difficult.

“I think we had good pace at the beginning,” he said. “Lewis was able to hang on to Charles, the Ferraris were pushing each other very strong and very hard, and I think we would have gone onto the soft for the last 25 laps and been on a soft against a medium.

“Realistically, you must say, I think it would have probably been enough to follow the gearbox like in the last few races. But not enough.” 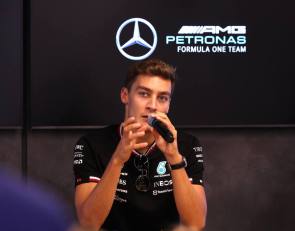 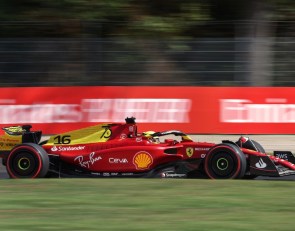 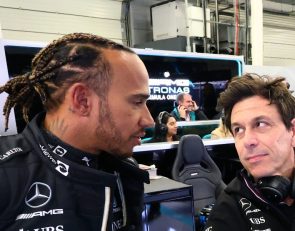 Wolff willing to accept driver anger - "we are the trash bin"