The Sports Car Vintage Racing Association (SVRA) rolled into Indianapolis Motor Speedway this past weekend filling the garages with over 300 racing machines reflecting 100 years of history, including the modern Trans Am Series Presented by Pirelli. It was a rare display of diversity in automobile design and engine sounds, conjuring up emotions of glory days past with the vision of what the sport’s future can be, all rolled up in the new SVRA “Speed Tour,” a traveling circus of motorsports experiences for competitors and fans alike.

The pillars are the historically significant SVRA vintage cars; the new Vintage Race of Champions (VROC) for racing legends; the contemporary Ferraris and Porsches of International GT; and the Trans Am series.

Additional festivities were provided by the Jaguar Team featuring racing legends Davy Jones and Roberto Guerrero coaching anyone with a drivers license in the art of wheeling a Jaguar F-Type or their exciting high-torque I-Pace Electric SUV.

Also, anyone with a collector car could enter the Hagerty’s Insurance “Cars and Caffeine” car show with a variety of category awards.

And then there was a midway of memorabilia, apparel, and other offerings — enough to satisfy any fan’s need for souvenirs.

The much anticipated VROC Charity Pro-Am presented by Chopard Watch did not disappoint with one of the biggest personalities in motorsport, Willy T. Ribbs, taking home the top prize after a spirited duel with Geoff Brabham — both at the wheel of 1969 Corvette A Production racers. Boris Said nailed down his second VROC triumph by crossing the line first in the B Production class.

The wide range of racing machines spanning more than 100 years of history was all the eye candy anyone could dream of for Instagram posts or Facebook albums. Hashtags and Tweets were flying out of the Speedway grounds.

You never can tell who or what will show up. Sports car star of Le Mans and Daytona 24 fame, Andy Pilgrim nailed down feature race wins in his 2011 Ferrari 458 GT3 and his 1973 Crossle Formula Ford. In fact, 90 Formula Fords descended upon the historic track in part as celebration of 50 years of racing in the category.

Among the historic cars was an ex-Denny Hulme McLaren Can-Am as well as one of the iconic and colorful NASCAR machines country music singer Marty Robbins once drove. Pre-World War I racers were in evidence, a brilliant homage to the first machines that helped build the glory of the Indianapolis 500.

In timely fashion, SVRA chose to announce its new president, Matt Breeden, the week of the Brickyard Invitational. Breeden, a former Indy car executive, has the experience to offload much of the day-to-day SVRA business operations to allow CEO Tony Parella the time he needs for sponsorship cultivation and strategic planning.

After six years of the Brickyard Invitational, there is general agreement that the event has taken root, and expectations are that it will stay on the IMS calendar for the foreseeable future. 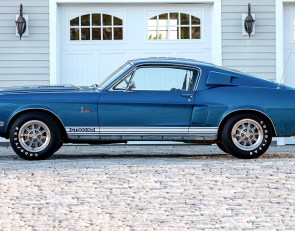 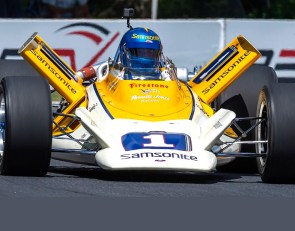