NASCAR returns to Darlington Raceway in just over a month and more paint schemes for the fifth year of Throwback Weekend have been released.

David Ragan will honor the car that David Pearson drove to his final championship in 1969 (pictured above).

Here are more of the latest to be rolled out via social media:

Excited to run this @NAPAKnowHow scheme at Darlington this year. This was based off the last car that my dad ran for my grandad’s team. #di9 #FamilyTradition pic.twitter.com/nMlDAM8tM3

Here’s a closer look at the @AllWaltrip tribute car @dennyhamlin will race at @darlingtonraceway. #FedEx11 pic.twitter.com/CTaIcQx8Th

We're excited to announce that @CoreyLaJoie will be racing the famous @DaleJarrett Crunch scheme for this year's @keenparts @TooToughToTame weekend!

Stay tuned today and this week for merch! pic.twitter.com/RvKZGQZoVk

Here it is. Our @MQL_Racing Mustang for the @TooToughToTame throwback weekend. (Psst.. watch the video to see what it is) #NASCAR pic.twitter.com/RhJseHAlxP

Here are schemes that have been announced in the Xfinity Series:

To prepare for the future, @MichaelAnnett is revisiting the past this Labor Day Weekend @tootoughtotame… 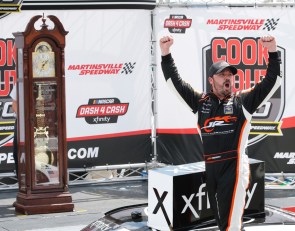